Teen Hears Mom Call For Help, Sees Boy Turning Blue. What She Does Next? She’s A Hero 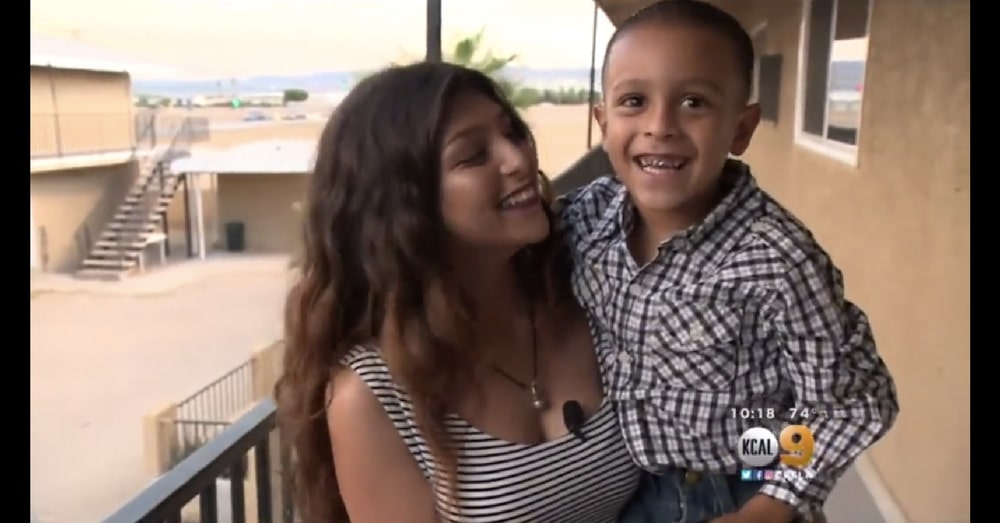 Most people will tell you that a lot of the stuff you learn in school isn’t really going to be helpful to you later in life. How many people really need to use the Pythagorean theorem in their daily lives or know the genus and species of a particular plant?

But there are some things that can be very relevant, especially in certain situations. One of those things is CPR.

I don’t know how many schools are actually teaching CPR these days, but one mom in California is incredibly grateful that her local school district is!

Her 4-year-old son, Josh, was eating a piece of candy when he started choking on it. Not knowing what to do, she ran outside and started screaming for anyone who might be able to help.

Thankfully, 13-year-old Janeth Santos happened to be nearby, and she had recently learned CPR and the signs of choking in a class at school.

When she rushed over and saw Josh turning blue, she recognized that he was choking and found the piece of candy lodged in his throat. Using her finger, she pulled the candy out and saved his life.

“To be honest, I was really nervous,” Janeth said, but in spite of that she acted quickly and saved Josh’s life.

The San Bernardino City School District recognized Janeth’s actions and gave her an award for bravery and courage.

After the ceremony Janeth’s principal, Marlene Bicondoba, said she hopes other students will learn from the teen’s heroic actions and make sure they pay attention to these important lessons in school. “I hope other kids learn from that and really take their studies seriously,” she said.

You just never know when what you learn in the classroom may mean the difference between life and death!

Were you impressed with this teen’s quick thinking and bravery? So share this!