Teen Goes To Hospital To Meet New Niece, But It’s What He Wore That Really Has People Talking 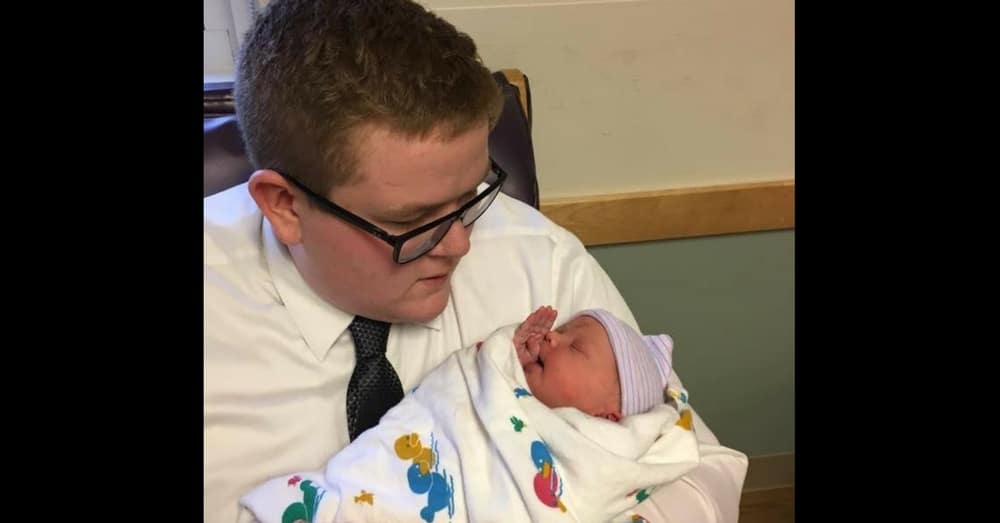 First impressions really do matter, and brand new uncle Grant wasn’t about to mess this one up!

The 18-year-old’s sister was at the hospital to deliver her new baby and the family was gathering so they could meet the precious new arrival.

When Grant showed up, his other sister Iris couldn’t help but snap a picture of him after she saw what he was wearing.

“My sister is about to have a baby and my brother showed up to the hospital in a suit because ‘first impressions matter,'” Iris wrote.

After Iris uploaded the photos they quickly went viral. People couldn’t get over the adorable way Grant had chosen to honor his niece’s arrival.

“What a nice way to honor a new life,” one commenter wrote. “This guy is going to make some gal really lucky someday because if he treats his new niece with such love & respect, imagine how he’ll treat his wife and daughters.”

The teens’ mom, Karen, said that “Grant was extraordinarily excited, proud and protective regarding the birth of his first niece. His dressing up was both a show of respect and a way to honour her arrival.”

It’s clear this little girl already has her uncle wrapped around her tiny finger. We know she’s got a good one!

Did you love the way Grant came to meet his new niece as much as we did? So share this!