Teen Films Dad Singing In Car, Leaves Millions Stunned By What She Captures Next… 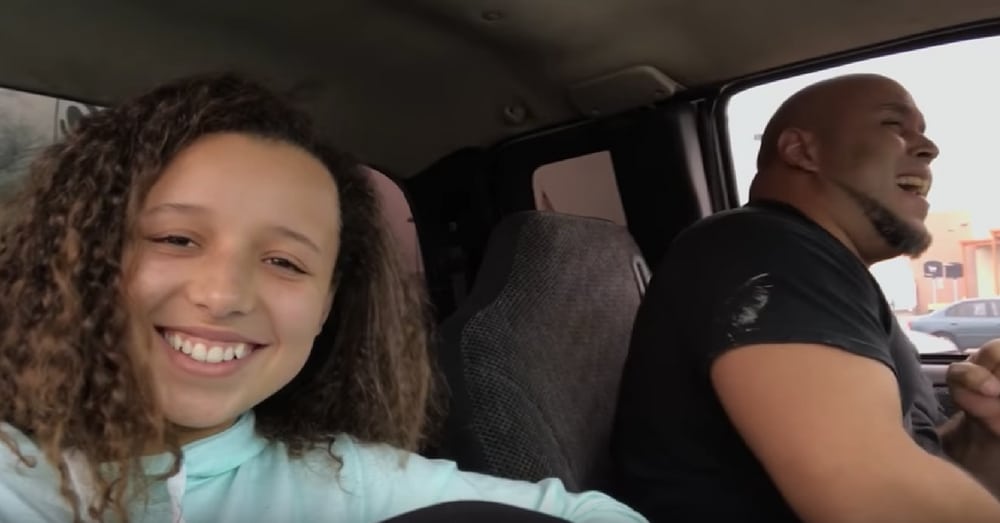 When Kris Jones’ daughter started filming him while he sang in the car one afternoon he had no idea that pretty soon millions would know his name and – more importantly – his voice.

Kris’ daughter, who goes by the YouTube name Daylafulla, wanted to show the world how talented her dad is so she filmed him as they drove around their Fort Worth, Texas neighborhood.

Kris began to sing a cover of Chris Stapleton’s “Tennessee Whiskey,” originally by George Jones, and as soon as he started singing it was clear that his voice is truly something special.

The soulful sound of his voice and the way he is able to really conjure up the emotion of the lyrics is incredible to hear.

His daughter’s pride in her dad is obvious as she grins at the camera when he hits some particularly beautiful notes.

Daylafulla didn’t know what kind of response her video would receive, but it quickly went viral, racking up more than 7 million views in just 8 days!

Kris now has a new legion of fans who are gunning for him to be invited to Ellen DeGeneres’ talk show so even more can hear his amazing voice.

“Can’t wait to see him on Ellen getting a lifetime supply of Tennessee Whiskey,” said one viewer.

We’re sure there are big things in store for this talented dad’s future!

Were you as blown away by Kris’ voice as we were? So share this!