Teen Dies From Cancer Just Before Graduation, Then Classmates Do Something Incredible At Her Funeral 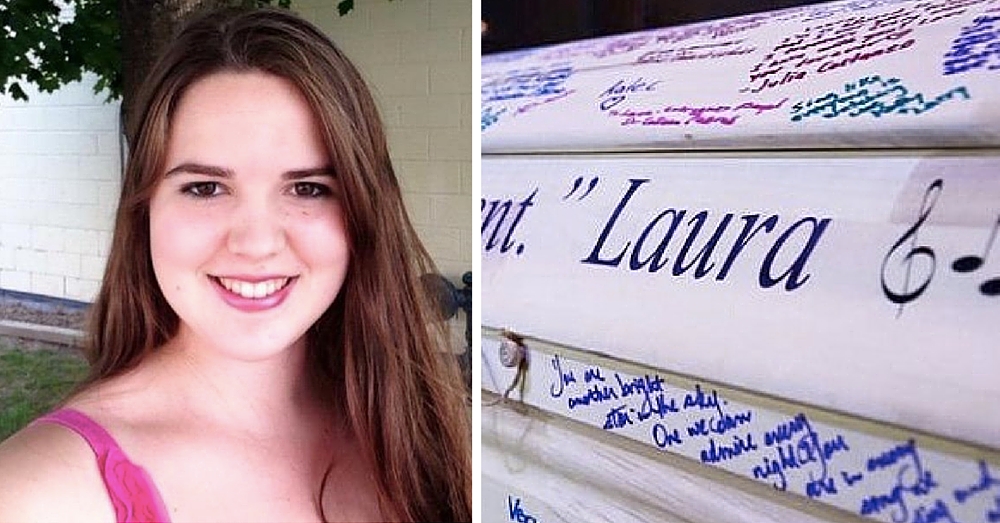 High school senior Laura Hillier had been battling leukemia for years. She had been waiting a long time for a stem cell transplant and finally found an eligible donor in July, but unfortunately the operation was too little too late. Sadly, the 18-year-old passed away in January, just a few months shy of her high school graduation.

The inspiring teen had left an indelible mark on her classmates. No matter how bad things got, she held a positive attitude and continued to tell people that she planned to “post about my time beating this cancer.” They knew they had to do something to honor the teen who had impacted their lives so much.

Because Laura hadn’t been able to make it to the end of the year, her classmates decided to turn her coffin into a sort of yearbook. They signed the white casket with a rainbow of colors, writing about how much Laura had meant to them.

What an incredible way to honor a girl who was such a light to those around her!

Were you touched by the way these students honored their classmate? So share this!