Teen Diagnosed With Cancer, Then Doctors Break The News To Brother 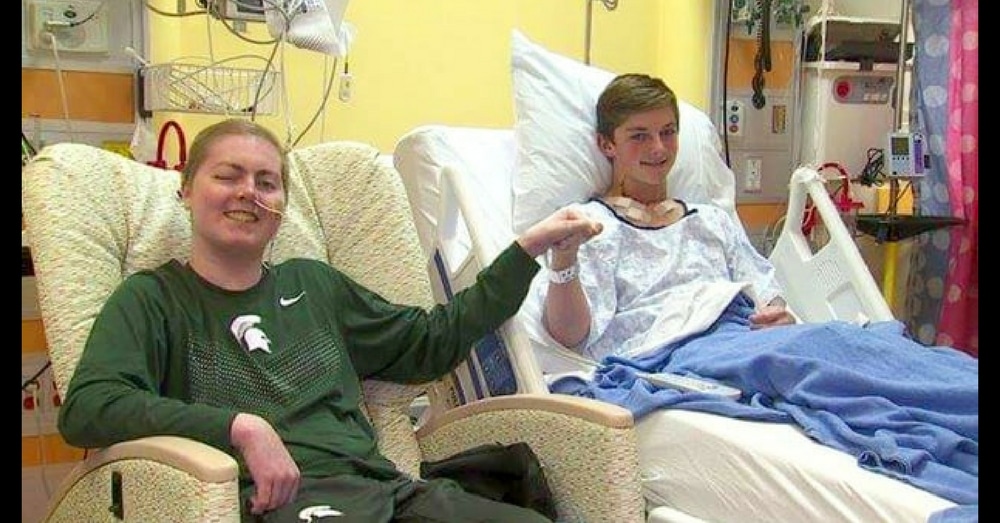 Kim and Brian Ricker’s world came crashing down January 22, 2016, when their 15-year-old son, Brison, was diagnosed with diffuse intrinsic pontine glioma, a rare and inoperable brain tumor. “The normal life expectancy for DIPG is nine months,” Kim, 30, tells Us Weekly. “In June, Brison’s oncologist said there was nothing left that they could do for him. They told us to call hospice and enjoy what little time we had left.” 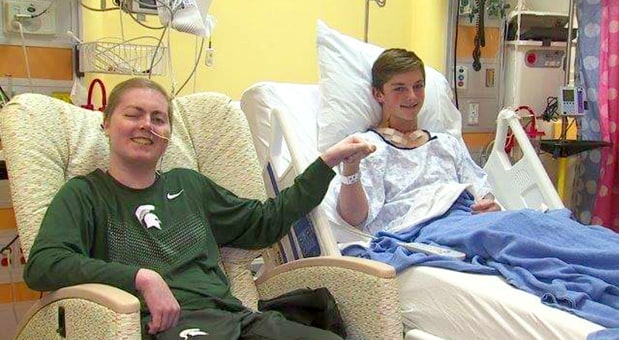 Instead, the Cedar Springs, Michigan, family traveled more than 1,000 miles to the Burzynski Clinic, an alternative cancer treatment center, in Houston. Within six weeks, the high school sophomore’s tumor had shrunk to one-third it’s size. “He was at the point where he couldn’t hold up his own head for more than a couple of minutes. He could barely speak anymore,” Kim tells Us. “And suddenly that was all back together.”

Brison has continued to beat insurmountable odds. A December 22, 2016, MRI showed that the $17,000-a-month treatment was still working. “We were ecstatic,” says Kim. “But there was not much time for celebration.” The very next morning, their youngest son, Preston, was diagnosed with thyroid cancer, and it had spread to his lymph nodes. 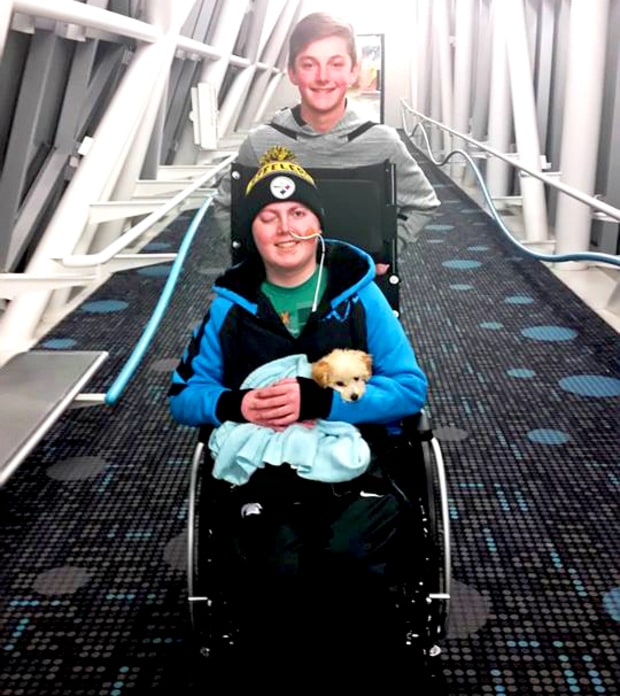 “It’s unreal. Like dèjá vu,” says Kim. “How can this be happening again?” 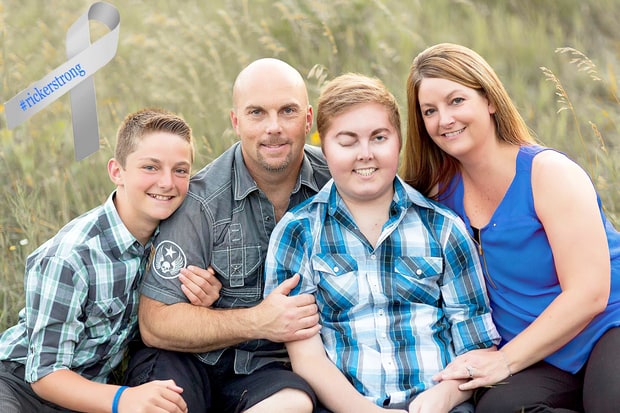 Kim and Brian Ricker with their sons Brison and Preston. Love Song Events and Photography

While doctors have told the Ricker family that Preston’s cancer has a 95 percent cure rate, Brison’s has zero. Yet Brison, who played varsity soccer his freshman year and raced dirt bikes competitively, is determined to beat the disease. “God led me to this situation for a reason, to give others hope and bring them faith,” Brison tells Us. “I believe God will cure me, and my story will inspire many. I am Rickerstrong.”

Learn how you can help support the Ricker family at Us Weekly.