Teen Asks Mom If He Can Be Prince Charming. When She Finds Out Why…Instant Tears 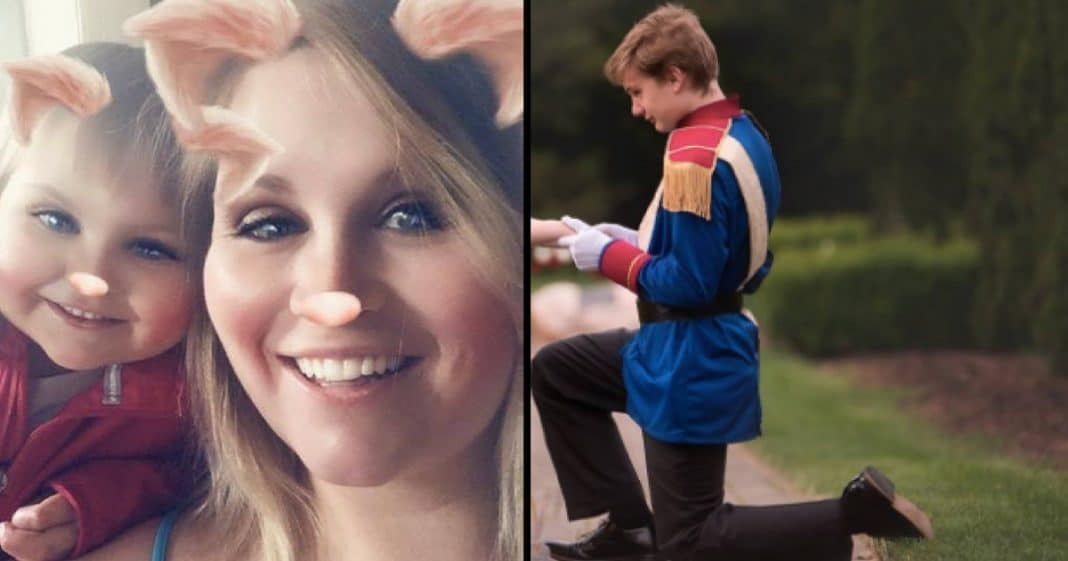 Cincinnati-based photographer Christina Michelle of Paint The Sky Photography is known for her fantasy-themed photos. In addition to her regular photo shoots, she creates spectacular images of little girls as princesses and superheroes that their families will be able to treasure forever.

While she’s done some pretty special photo shoots over the years, though, none will ever compare with the one she just did with her children.

Christina’s 13-year-old son, Anthony, asked her if she could get him a Prince Charming costume, and then he told her his heart-melting idea. He wanted to surprise his sister, Belle, with a princess photo shoot for her fifth birthday.

The mom and son worked together to make sure all of the details were right – down to shining his dress shoes the old-fashioned way with a rag and polish – and once everything was ready, Anthony surprised Belle with her brand new Snow White dress.

The pictures Christina managed to capture are absolute magic!

There’s no doubt Belle felt just like a real princess on that special day. Just look at that smile beaming from her face!

“She was beside herself with elation,” Christina said. “She giggled through the whole thing.”

Throughout the photo shoot Belle kept telling her brother – and anyone else who would listen as they took their photos in the park – that Anthony is her “favorite boy in the world.”

And while any mom would melt watching such love between her children, Christina shared why these precious moments were especially poignant for her.

She revealed that Anthony struggles with depression, but Belle is “such a little ray of sunshine” that her brother is drawn to her.

“She makes him happy so he wanted to make her just as happy,” Christina said. “I’m surprised I could even edit the photos through my watery eyes.”

It’s moments like these – and so many others besides – that make Christina so immensely proud to be their mom.

“Watching their bond as she grows melts my heart every day,” she said. “I am so proud to be their mom, and beyond happy that I’m handy enough with a camera to keep these memories forever.”

Did you love these sweet photos as much as we did? So share this!