Teen Asks G’ma To Prom But School Says ‘No.’ What He Does Next Will Melt Your Heart 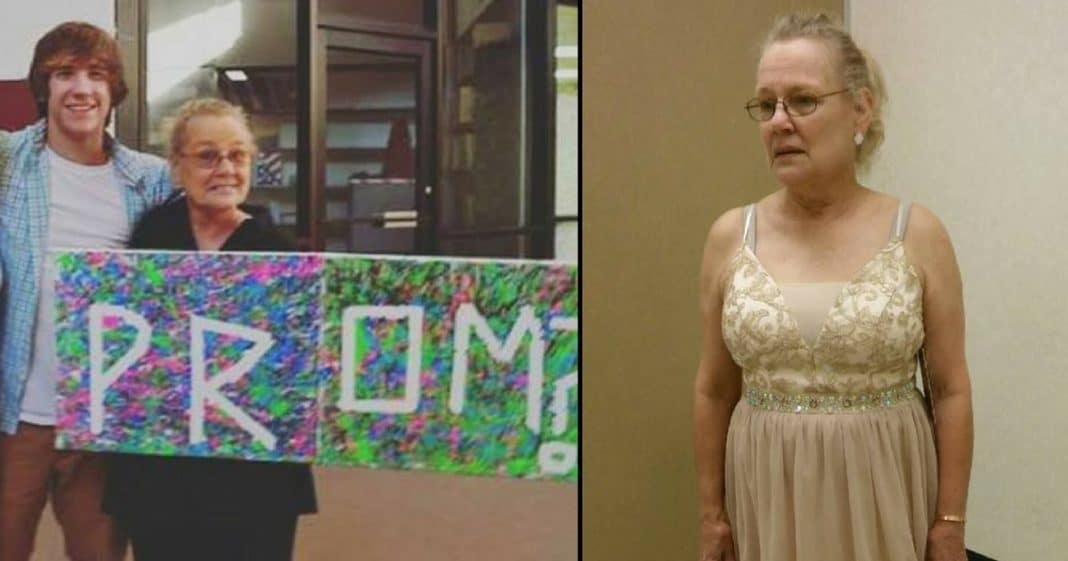 When high school senior Bryce Maine started thinking about who he should ask to be his prom date, he knew there was only one girl in the entire world who he wanted to be by his side – his grandma.

Catherine Maine, 69, never got to go to prom, and she was incredibly touched when her grandson showed up with a colorfully painted sign that read, “Prom?” She, of course, said yes.

“I kept asking him, ‘Don’t you want to take someone else?’” she said. “But he kept saying, ‘No, I want my Nanny.’ So I was just so shocked, privileged that he asked me.”

For Bryce it was a no-brainer.

“My grandma is the most important woman in my life and she’s never had a prom before so I figured why not let her go with me,” he said.

As the big day drew near, Catherine began her preperations, even purchasing a new dress for the special occasion.

Everything was set and Bryce and Catherine were getting excited about the April 8 event. That is until the school’s administration caught wind of their plans and said she couldn’t go.

In a statement to Inside Edition, Eufaula City Schools principal Steve Hawkins said the school’s rule is that prom attendees must be 20 years old or younger, and he cannot bend the rules, even for a grandmother.

“Safety of students and staff is the first and most important of the many tasks of a school administrator. For the 10 years I have been high school principal, we have denied requests each year from students asking to bring older dates to prom. We do not chance leaving any stone unturned when it comes to safety. Most high schools have an age limit for prom attendees,” he said.

Bryce said the reason he was given for the school’s refusal to let his grandmother in is that she might try to distribute alcohol to minors.

Bryce’s father met with school officials to see if they could come to a compromise, and his cousin, Sarah Catherine, started a social media campaign with the hashtag #letnannygotoprom, which quickly spread on Twitter, but the school has not relented.

As disappointed as Bryce and Catherine are that she cannot go to his school’s prom with him, they have decided to make the best of the situation by creating their own prom.

“She’ll wear her gown and I’ll put on my tuxedo and we will get all dressed up, go out to a fancy meal, and have our own prom,” Bryce said.

Their meal will likely be at the Eufaula Country Club, which invited the pair to dine with them and maybe even take a spin on the dance floor.

“I picked out some of the songs she liked from back in the day,” Bryce said, “a lot of Elvis.”

Do you think the school should have let Catherine go to prom with her grandson? So share this!