Tebow Leaves Game To Meet Autistic Fan, But It’s What He Does After That Has People Talking 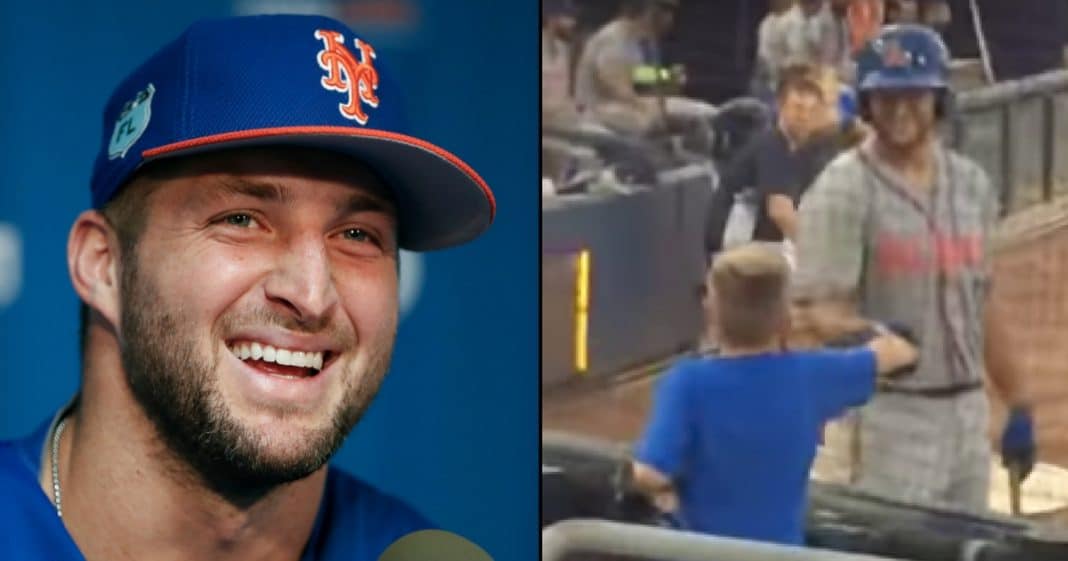 It seems like no matter what Tim Tebow does, his actions make the news. But is this just because he’s Tim Tebow, or is it because there truly is something special and news-worthy about this man?

While he has received a lot of flak for his foray into baseball after his NFL career didn’t pan out, he has had success both on and off the field, making headlines for his home runs as well as his interactions with fans, such as when he prayed for a man who’d had a seizure at one of his games.

Now he’s making headlines once again after a sweet interaction with a young fan led to a jaw-dropping play.

Tebow, who currently plays for the Class-A St. Lucie Mets, was at the Charlotte Sports Park on July 29 for a game against the Charlotte Stone Crabs. He was taking practice swings in the on-deck circle while he waited for his turn at bat when a young fan in the stands caught his eye.

Nine-year-old Seth Bosch has high-functioning autism as well as neurofibromatosis, a genetic disorder that produces tumors on the nerve tissue. Because of a tumor in his right eye, he has a hard time playing sports, but he loves watching them, especially when Tebow is playing.

Seth made his way down to the backstop netting near where Tebow was practicing and began to wave him over. As soon as the athlete saw the young boy he walked over, said hi, and shook his hand.

Then it was time for him to hit. Tebow stepped up to the plate and…hit a three-run homer!

It seems like a story too good to be true – like something from the movie version of a story, but Seth’s mom, Ileanna Bosch, captured the whole thing on video.

“When Seth came back to his seat, he was crying,” she said. “And then Tim hit the homer. I started crying, too. How does that happen? I think God brought Seth and Tim together.”

Tebow has hit five home runs since being promoted to the Mets, but we know that for at least one little boy, this was his most memorable one yet. This meeting was one Seth is sure to never forget!

We applaud the way Tebow is letting his faith shine as he stands in the public eye. No matter the criticism he receives, he continues to show strong character, kindness, and compassion, and we think that is worthy of praise.

Do you applaud the way Tebow goes out of his way to care for his fans? So share this!