Teacher Shows Up To Graduation In A Dress. Wait Until You Hear The Amazing Reason Why… 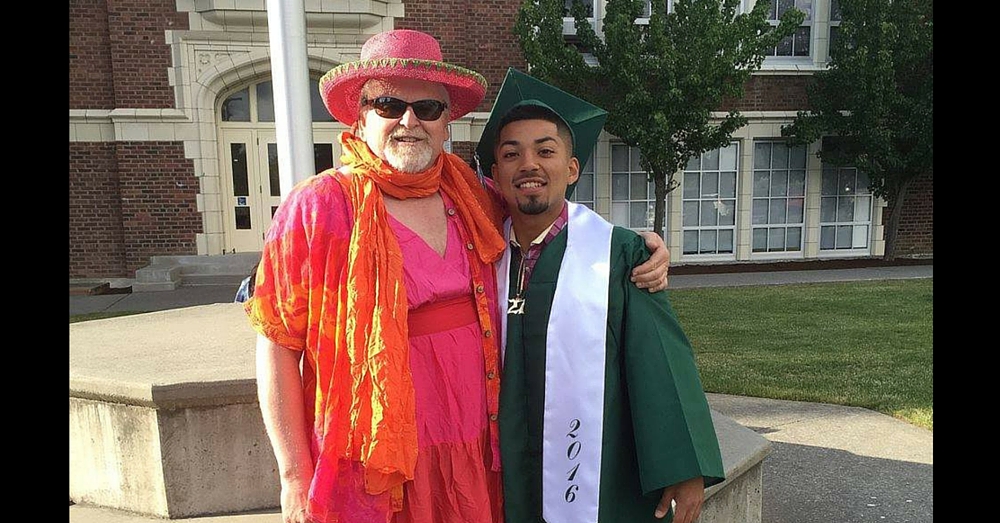 A good teacher can change the course of a person’s life. Having someone who will not only teach, but believe in, support, and inspire a student can mean the world and make all the difference.

Unfortunately not everyone will have a teacher like that, but the ones who have know they are very blessed.

That is the case for Cesar Medina, who just graduated from high school.

For a time it looked like Cesar might not even make it to his graduation. At 15 he was in juvenile detention and it didn’t look like his life was going anywhere.

Thankfully, Cesar had a teacher in juvie who believed in him and pushed him to succeed.

Mr. Brown, the teacher at Skagit County Juvenile Detention Center where Cesar was being held, was telling Cesar about how he had gone to other inmates’ graduations with pizza and other “crazy stuff.” Jokingly, Cesar told him he needed to come to his graduation in a dress.

Mr. Brown laughed and said, “Cesar I’ll even jump up and down and say, ‘That’s my son!'”

Cesar eventually got out of juvie and went on to finish high school. He called his former teacher and told him the good news, and Mr. Brown was true to his word – he showed up to the graduation in a bright pink dress with a matching hat to go with it, proudly supporting the young man he had believed in and inspired.

“With his wife behind the camera, I thanked them for coming and showing me love,” Cesar said. “Against all odds I made if from Emerson back to the High School and graduated with only 5 1/2 credits starting junior year!! Anything is possible if you try!”

Were you touched by the way this teacher inspired and supported his former student? So share this!