Teacher Notices Something ‘Off’ About Student’s Backpack, Gasps When She Sees What’s Inside 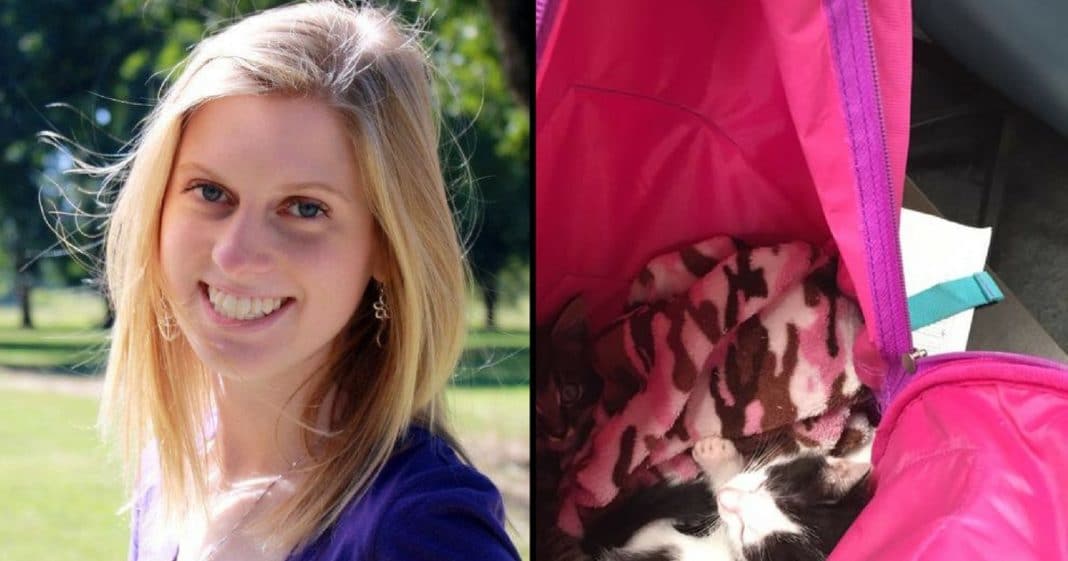 Anyone who has spent any amount of time around kids knows they are full of surprises. Sometimes those surprises are sweet – like a bouquet of freshly-picked wildflowers – and sometimes they’re not so sweet – like a just-caught lizard they are dying to show you.

As a first grade teacher, Anna Hood is used to the funny things kids do, but nothing could have prepared her for what she found when she opened up one of her student’s backpacks last Monday.

Much to her surprise, when she unzipped the bright pink satchel she found two tiny kittens contentedly curled up inside!

They tell teachers to be prepared for anything, but I was not ready to open a book bag this morning and find two…

“They tell teachers to be prepared for anything,” she wrote in a now-viral Facebook post, “but I was not ready to open a book bag this morning and find two kittens.”

Apparently, the little girl couldn’t stand to be away from the precious kittens while she was at school all day, so she decided to just bring them along!

Even though she’s just in first grade, she made sure her precious cargo was well taken care of.

“My student said she even put food in there and wanted to keep them at her desk to cuddle with after she finished her work,” Anna said. “Gotta love first grade.”

Since sharing her funny story just one week ago, it has already been liked and shared tens of thousands of times. Many people from around the world have written in telling her how much the little girl’s antics brightened their day. Some even said they wish they had thought of her idea first!

“I’m disappointed in myself that I never thought of this,” one commenter joked.

While we haven’t heard from Anna yet about how this story ended, we’re going to guess the kittens soon made their way back home. Those two had quite the adventure! It’s clear they are very loved.

Did you find this little girl’s sneaky antics as heartwarming as we did? So share this!