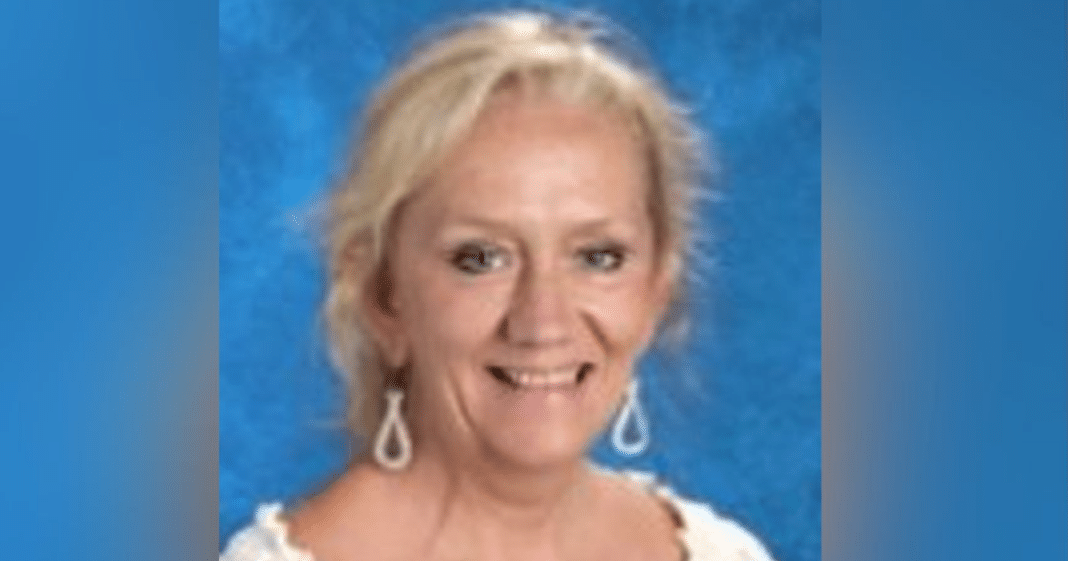 WBRZ has reported that a Baton Rouge, Louisiana high school music teacher was killed by an 18-wheeler after she stopped on the side of the road to help at a car crash. Lesli Wood was 52 years old.

Mississippi State Highway Patrol described the incident that occurred on Monday afternoon. It was on I-55 in Copiah County, Mississippi. Ms. Wood stopped to check on the passengers in a truck that had lost control and flipped over on the interstate. When she walked back to her car, an 18-wheeler hit her car and her. She was pronounced dead at the scene, according to WBRZ.

The 18-wheeler also hit several other cars, which caused a second crash involving six vehicles. Two people were hurt in the accident and taken to the hospital.

The East Baton Rouge Parish School System is devastated by the tragic accident that took the life of Lesli Wood, a Baton Rouge Magnet High School teacher. Ms. Wood was a beloved visual and performing arts teacher and her presence will be greatly missed. Her memory and light will continue to shine in all of her students and coworkers. Our thoughts and prayers are with the Wood family and friends during this difficult time. School guidance counselors, I CARE specialists, and other support staff will be on campus providing support over the next several days.

Praise of Ms. Wood’s devotion and talent as a teacher is pouring in from former students. One commenter on the Baton Rouge Magnet High School’s Facebook page said this.

I took piano class with her the entire time that I was in high school. She was a genuinely nice person and such a talented pianist. I can remember one day she was helping me learn my portion of a duet and she played two pianists parts by herself beautifully. I was amazed. Such a talented kind hearted person lost. It really hurts me to hear about this. #RIPLESLIWOOD

Another commenter added this.

I was under Ms. Woods tutelage all 4 years of tenure at BRMHS. She was such a sweet spirit with a quiet but commanding personality unlike any other with an unparalleled love for her students and her craft. I would be in contact with her more frequently than any of my other past instructors. Tremendous loss for the BRMHS community and my sincerest condolences to her family, friends, colleagues, and students. 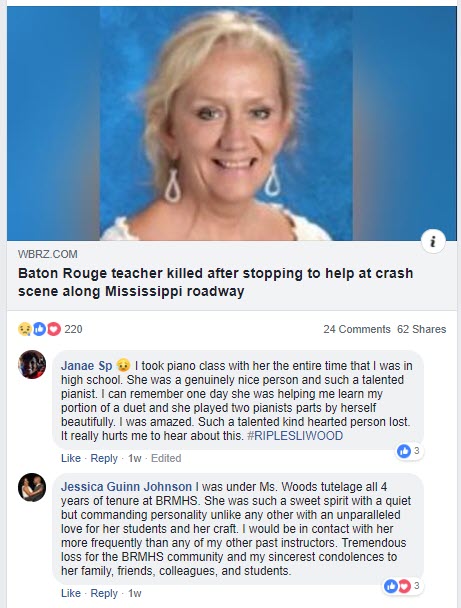 Teachers are heroes already. They change countless lives every single day. It’s tragic that this wonderful teacher met with death simply because she stopped to help another human being. Our heart goes out to her family and the students who loved her.

As of Friday, there is no word on charges that may be filed against the driver of the 18-wheeler.