Teacher Can’t Shake Strange Feeling. Then She Looks At This Old Picture And Sees It… 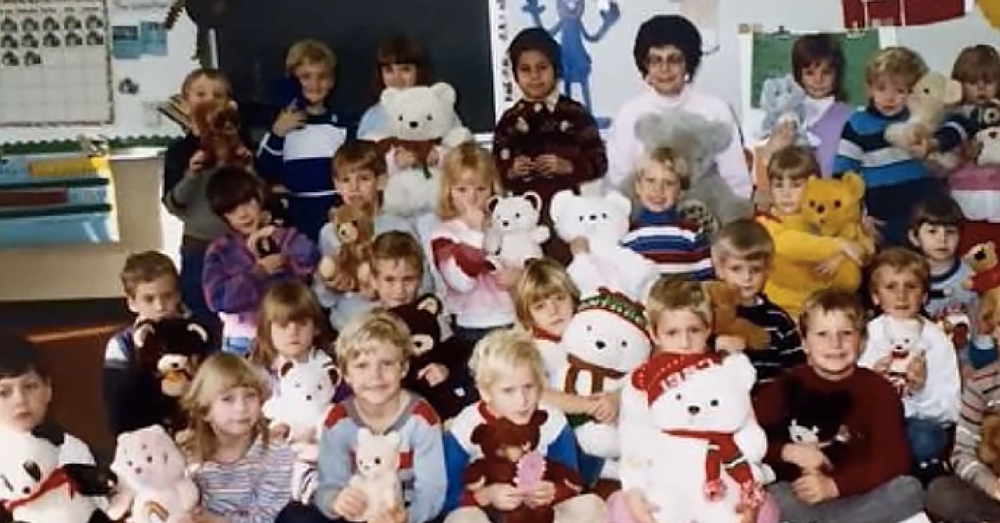 Most of us can still remember our favorite teachers. Even though children are young, good teachers can have a profound impact on them for the rest of their lives.

While we may remember our teachers, though, we don’t necessarily expect them to remember us – they often teach hundreds of students over the course of their careers. That’s why newscaster Cory Hepola couldn’t believe it when his parents told him they had received a letter from his former kindergarten teacher, Lorly Schik.

Lorly had begun teaching in the 1940s, and Cory was in one of her last classes before she retired in 1989. When she retired she planned to travel around the country with her husband, but sadly he passed away unexpectedly.

She ended up staying in the town of Perham, Minnesota, for almost 25 more years before making the difficult decision to move to an independent senior living complex in St. Paul so she could be closer to her family.

It was then that she noticed a familiar face on the news. Though it had been nearly 30 years since he was in her class, Lorly saw Cory on KARE 11 and instantly recognized him as one of her former students.

She sent a letter to his parents letting them know how proud she was watching her former student deliver the news. “Greet Cory,” she wrote. “Tell him his K-teacher is now 90 years old, enjoys seeing his newscast, and wishes him (and you, too) the VERY BEST!”

Cory wrote her a thank you card back and asked if she would like to get together. She of course answered yes, and their meeting was a special time of talking about their lives now and reminiscing about the past. Cory was able to tell Lorly what an impact she had had on his life, as well as countless others.

Click below to watch their heartwarming reunion, all these years later!

Did you have a teacher who made a profound impact on your life? So share this!