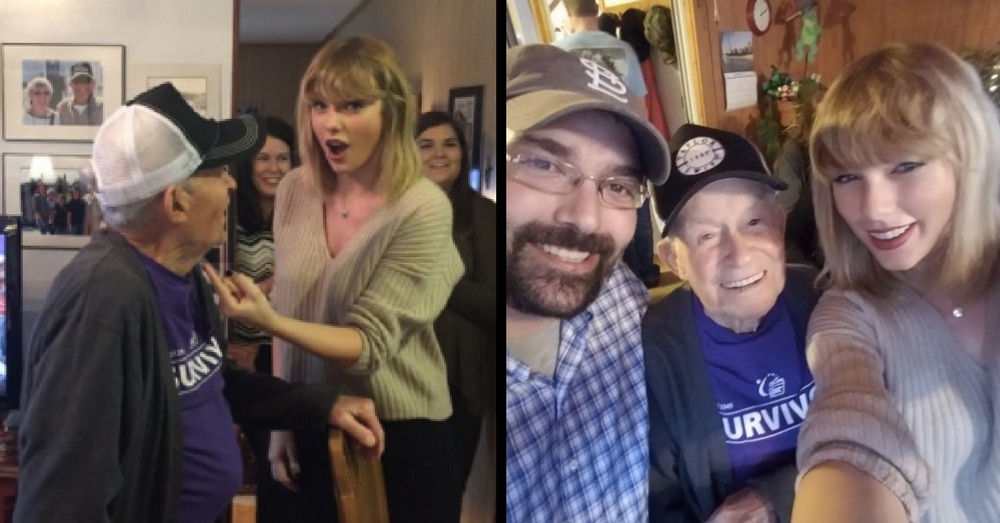 Never in his “Wildest Dreams” did Porter expect the pop superstar to walk through the doors of his Missouri home Monday night.

Swift surprised Porter and 60 of his relatives with a performance of “Shake it Off” and several of her other hits for a more-than one hour private show.

okay this is the last thing i’m posting. @taylorswift13 I still can’t believe it!! pic.twitter.com/G5pfUpYaH6

Porter told local news outlet Ozarks First that Swift’s music helps him to connect with his nearly two dozen grandchildren. He has seen her perform in concert two times.

“I just enjoyed going to see ’em and her,” he told the news outlet. “I would as soon go see her right now as anybody!”

The 96-year-old hopes to be able to see Swift perform live one more time.

“I just liked the way the way she did stuff,” he shared.