Taxi Drivers Ignore Blind Man Trying To Hail Cab. What She Does Next Leaves Him In Tears 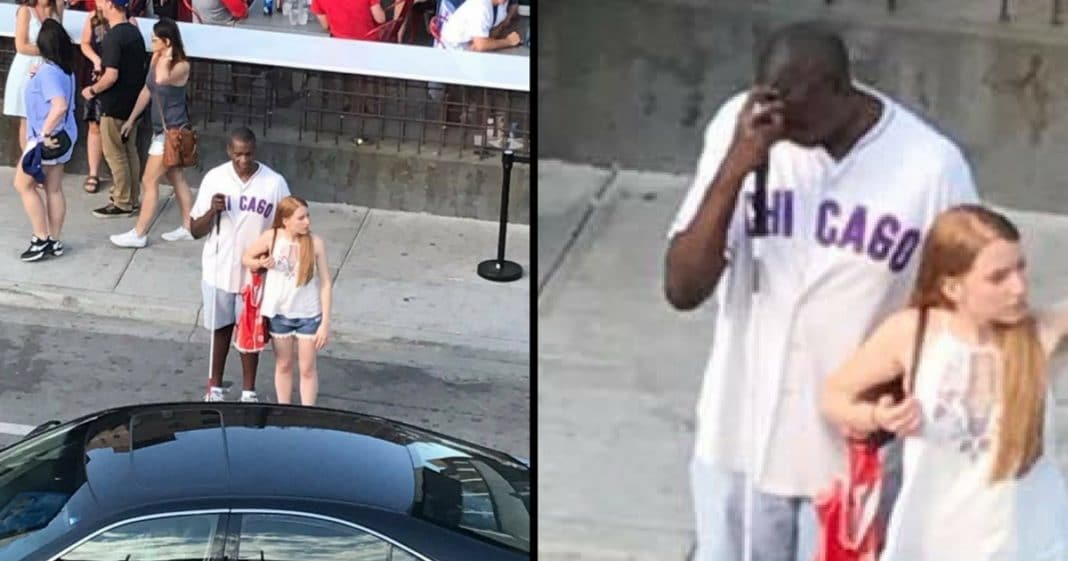 Mark Twain once said, “Kindness is the language which the deaf can hear and the blind can see.” Never was that more clearly displayed than at a recent Cubs baseball game.

As the fans poured out of Wrigley Field, one of them, a blind man, tried to hail a cab. He stood there for several minutes, but no one stopped to help.

Ryan Hamilton was hanging out on the rooftop of a nearby restaurant when he spotted him. He saw the man was in need of help and was disheartened that no one around him had stopped to see if he needed any assistance.

Then he saw something that restored all of his faith in humanity.

A young woman walked over to the man and asked if he needed any help. Then she stood there with him hailing the cabs until one pulled up and the man was able to get inside.

“Awesome to see such kindness in a world that the media portrays so much hate in,” Ryan wrote in a Facebook post about the incident. “Share freely in hopes that her kindness spreads.”

The woman’s kindness did indeed spread, and she was soon identified as 26-year-old Casey Spelman of Indianapolis. She said that when she noticed the man she realized it would probably take him a while to hail a cab and decided to do the decent thing and help him out.

Casey never expected to receive any praise for her act, and what she did would have gone totally unnoticed if Ryan hadn’t happened to capture the moment and share it.

Casey says she doesn’t consider what she did to be that big of a deal.

“I didn’t really think much of it at the time,” she said. “It was after a Cubs game and it was still pretty crowded. I thought, ‘Man, it’s going to take him a while.’”

While Casey may not think it was a big deal, we know that what she did meant the world to the man she helped.

In a world that seems to be filling up with hate and anger, it’s always so refreshing and heartening to see that there are still good people and there is still kindness and love abounding! You’ve just gotta look for it!

Were you touched by what Casey did for this man? So share this!