She Takes Rescue Dog To Vet For Routine Checkup. Jaw Drops When She Sees What’s In Her X-Rays 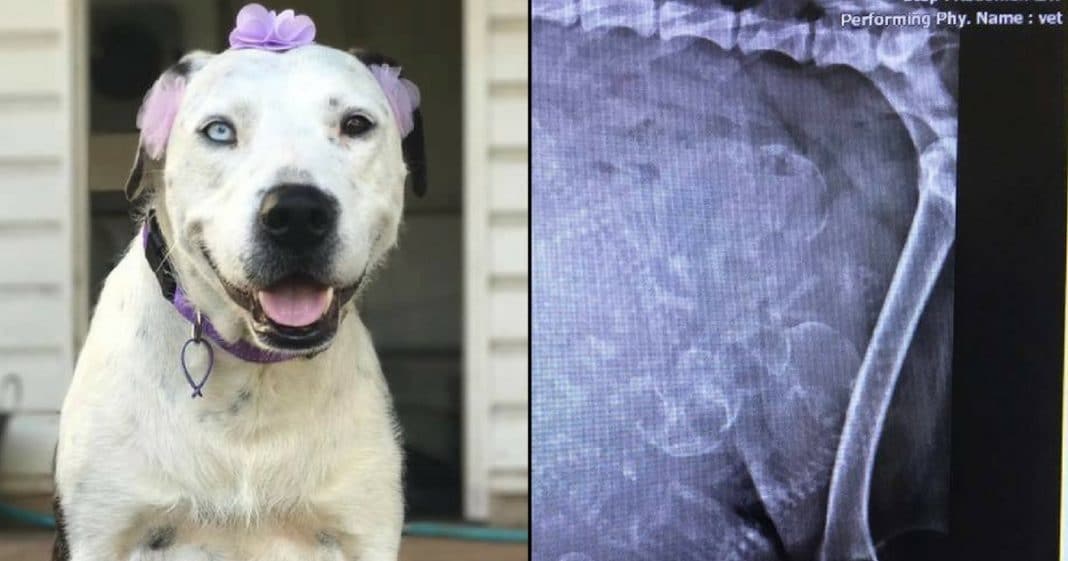 Have you ever played with a new litter of puppies? I have, and it’s fantastic. They’re adorable and so very sweet.

I have yet to observe a mama dog give birth. (I have to admit, that’s an experience I’d rather not see.) Still, I can’t dispute the fact that new puppies, despite how large or small the litter is, are beyond precious.

The birthing process for dogs can be just as stressful and distressing as it can be for many other species, but the end result is worth it. As to the size of one litter? It depends. Up to five is normal; more than five, not so common. But more than ten? Definitely unusual.

When a shelter picked up an abandoned pit bull, the volunteer who agreed to foster this sweet girl realized they’d soon add more numbers to their brood. The question was, how many?

She took the dog to a local veterinarian’s office to get some X-rays done, but the images revealed something that left them all stunned. There were so many puppies in there they couldn’t count them all!

I am adopting this poor girl once her ordeal is over with. Can anyone say Puppies!!!

The pit bull’s foster mother explained on Facebook why the professionals couldn’t get a precise count:

“Quite frankly,” she wrote, “it’s impossible to tell exactly how many pups there are — it could be seven or eight, but it could also be 12 or 13. Without taking a bunch of X-rays from different angles, it’s not even possible for the vet to figure it out.”

The mama dog’s future owner said, “I do not know how many she is having, but there are heaps! Like 12 to 15?” The only way to know for sure is to wait until she has the puppies!

The woman will adopt the new mama once she’s given birth to her large litter and homes have been found for the puppies.

Social media reacted with awe and amazement when the photos of the expecting pit bull’s x-rays were shared.

One person wrote, “She’s beautiful, mail me a puppy!”

Another said, “My god, that’s a lot of puppies! Sometimes I think I’ve counted like 18ish in there, maybe more. Please update us! Congrats on your new dog!”

When this mama finally gives birth, she’ll give dozens of people the opportunity to fall in love with her little ones once they’re weaned from her milk. They’ll have to be socialized with each other and learn to be around humans before finding their forever homes.

We’re most certain those who adopt them will love them as they deserve!

Were you amazed to see how many puppies this mama dog is carrying? So share this!