She Takes Pic Of Husband Mowing Lawn, But What’s Behind Him Has People Screaming 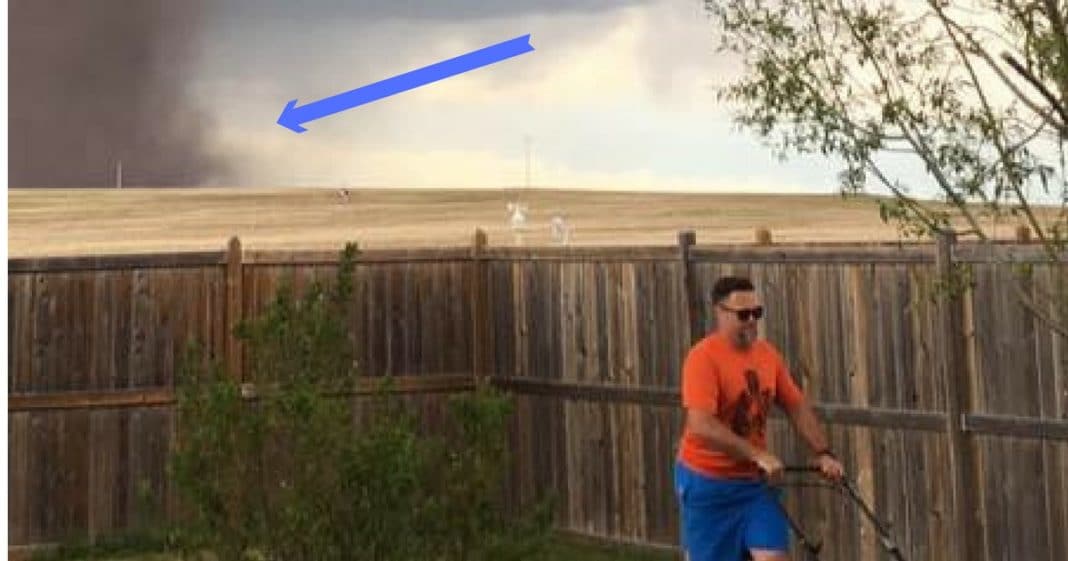 When Theunis and Cecilia Wessels woke up on Saturday it was a beautiful day. They planned to take advantage of the nice weather to get some yard work done. Little did they know that by the end of the day the weather would change…and they would become viral sensations.

Theunis went outside to mow the lawn and Cecilia decided to take a nap, but she was soon awakened by their 9-year-old daughter who told her “something was in the sky” and Theunis wasn’t coming inside.

When Cecilia walked outside she couldn’t believe her eyes. A large funnel cloud had appeared in the sky behind Theunis.

Theunis told her he had seen the funnel cloud form but wasn’t too worried about it because he had been to a storm chasers’ forum a few weeks earlier and knew what to do if the tornado got too close. He said he was keeping an eye on it and would come inside if he needed to.

That’s when Cecilia decided to grab her camera and snap a picture of her husband to share with her mom back in their native South Africa. She posted the picture on Facebook with the caption, “my beast mowing the lawn with a breeze in his hair.”

Cecilia never expected anyone outside of her friends and family to see the photo, but people began to share it and it quickly went viral!

Local storm chasers who saw the photo confirmed that the family wasn’t in immediate danger. They said the funnel cloud was actually further away than it appeared in the photo – probably about a mile and a half from the family’s home in Three Hills, Alberta, Canada.

Even still, locals have suggested that next time the family sees a twister like that coming their way, they should get inside instead of mowing the lawn!

Were you surprised when you saw the funnel cloud behind Theunis? So share this today!