He Takes Beloved Cat To Be Put Down. What Cat Does On Way There Has Me Bawling Like A Baby 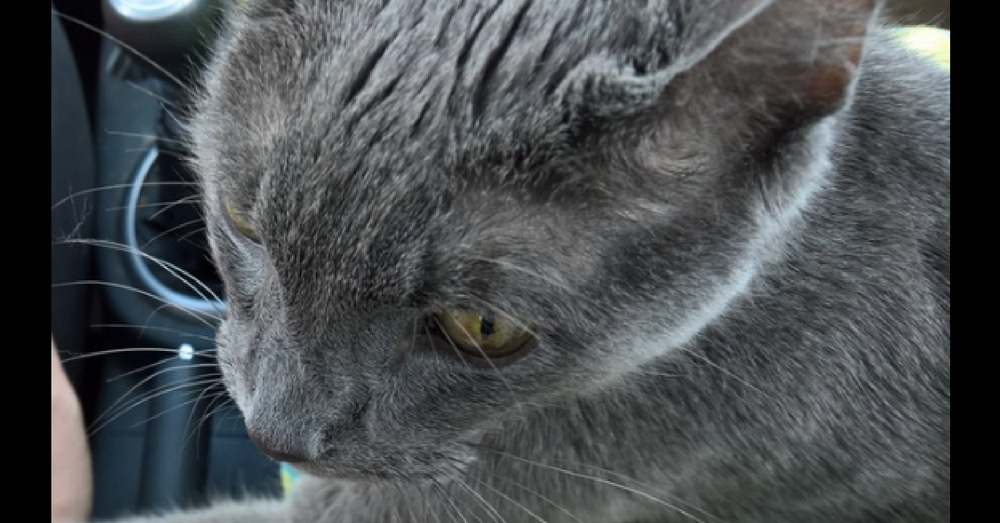 Pets are so wonderful – they provide companionship, love, comfort, and joy. But I’ve always said that the one bad thing about having a pet is that they live just long enough to ingrain themselves in your family, but not long enough to be with you forever. Saying goodbye to a beloved pet is one of the hardest things to do.

Reddit user abernha3 knows this firsthand. He recently had to put his cat, Andrew, down and he was dreading their final visit to the vet.

However, it was while they were on their way there that Andrew did something that stunned his owner. A picture of the sweet moment has been going viral recently – so many can relate to that poignant moment when you have to say goodbye.

“Little Andrew was my junior,” abernha3 wrote. “He was 15 and a half, and loved everyone, but just got old and sick over the last year. He purred every day of his life, and when he lost that, I knew it was time.”

As they drove to the vet, Andrew reached over to his grieving master and put his paw on his hand, as if comforting him one last time. 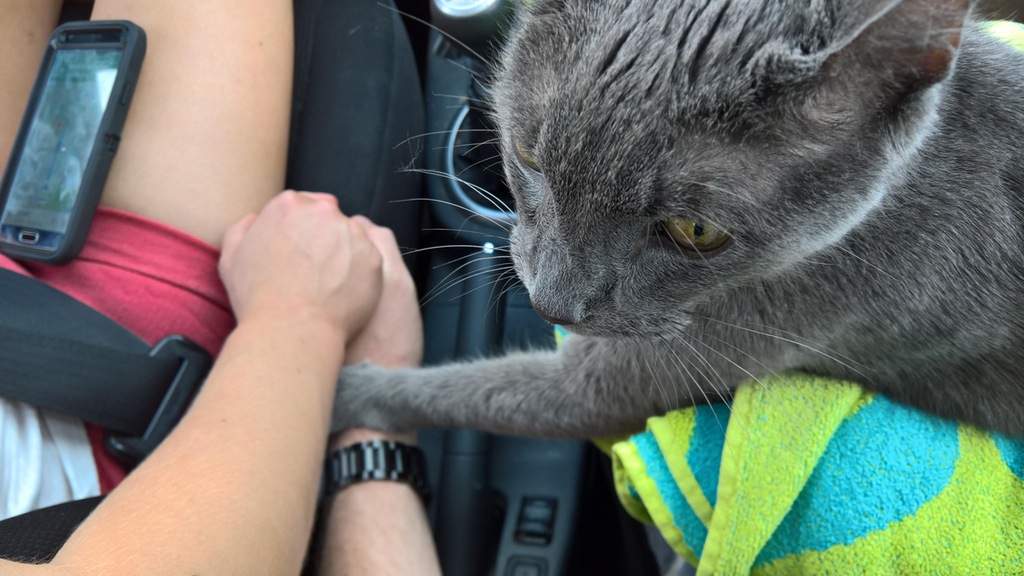 “He held our hands on his last trip to the vet,” he wrote. “Little Andrew was much stronger than his mom and I.”

Since the photo went viral many others have shared pictures of them and their beloved pets who have since passed. There is just a special bond between an animal and his human that cannot be explained, but is felt so deeply.

We’re sure Andrew is in a better place now, and we know he will never be forgotten.

Were you touched by this sweet moment between Andrew and his human? So share this!