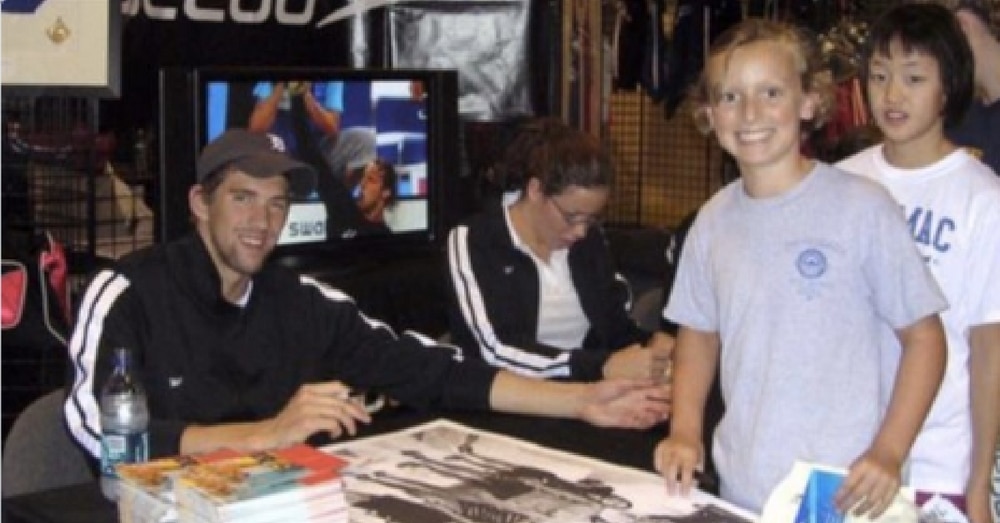 Celebrated swimmer Michael Phelps made history in Rio by bringing in five gold medals and one silver, bringing his total medal count to 28 – 23 of them gold.

“If @MichaelPhelps was a country by himself, he’d have more gold medals overall than all but 32 of the 205 countries competing.” –@MLauer

They’ve had swimming at the Olympics since 1896. If Michael Phelps were a country he’d rank 3rd all-time in gold medals. #GOAT ?

Now 31 years old, the swimming legend has said these Olympic games will be his last.

“Done, done, done — and this time I mean it,” he told TODAY’s Matt Lauer in an interview. “I wanted to come back and finish my career how I wanted and this was the cherry on top of the cake.”

One of the amazing things that has come from Phelps’ long and historic career is the inspiration he has served to generations of young swimmers – many of whom have been swimming with him in Rio.

One of those swimmers is 19-year-old U.S. swimming phenom Katie Ledecky, who is coming home from these Olympics with five medals, four of them gold, as well as two world records.

While America already tuned into Rio ready to cheer Phelps on, they found a new champion to follow in Ledecky.

Sports are the best.

Ledecky spoke about how much it means to her and the other young swimmers on the team to be swimming alongside their idol.

“A lot of the young swimmers on the team – we all looked up to him when we were 6 years old,” she said before realizing how old that made Phelps sound.

“I didn’t mean it like that!” she joked. “I started watching him when I was 6 years old when I was first starting to get in the sport, and to be on the team with him has been such an honor.”

Phelps is happy to leave his swimming legacy with this next generation of athletes.

“We are in great shape, not only with Katie but with the team that we have now,” he said in an interview with TODAY. “Katie’s doing her thing and she’s breaking records every time she gets in the pool. It’s been an honor for me to be a part of the team with her and some of the younger guys that we have coming up in the sport that are going to take over.”

Have you loved watching Michael Phelps compete over the years? So share this!