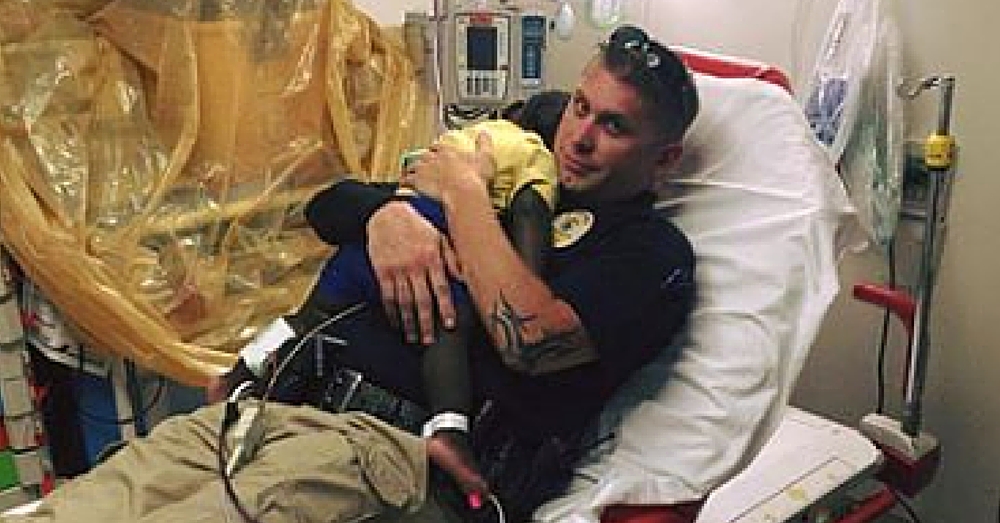 For this cop, making sure a boy felt comforted was all part of wearing the badge.

A photo that recently went viral on Facebook features Officer James Hurst of the Savannah-Chatham Metropolitan Police Department in Georgia, holding a child at a hospital.

The boy had been found without adult supervision and taken to the facility, where the child became upset during a medical examination. So the officer made sure the boy would feel safe.

“I just knew this child needed somebody to be there for him,” Hurst said of his compassionate act, according to a release from the Department. “It was just human instinct — humanity.”

The 16-month-old child was wandering around outside when residents spotted him. Hurst, who was dispatched as a backup, escorted the toddler to the hospital, the press release noted. While there, the father of two saw that the child was sobbing. So he took matters into his own hands.

“I asked the hospital staff if I can hold him to comfort him and soothe him a little bit to try to calm him down, to continue getting medical care and they said that was fine,” he told WSAV.

Within minutes, the boy fell asleep in Hurst’s arms. The officer stayed with the toddler for about two hours.