Suspicious Woman’s Parrot Reveals Husband Has Been Cheating On Her 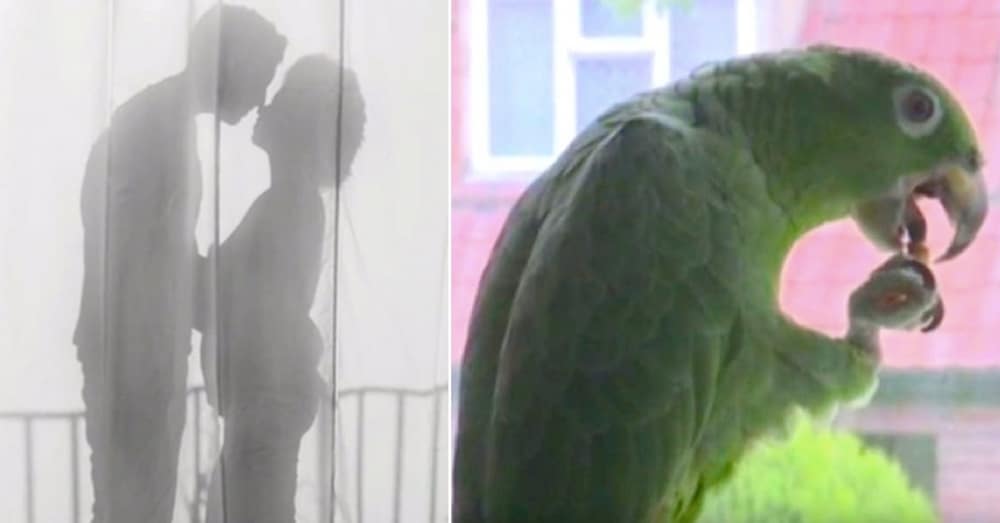 A woman in Kuwait grew suspicious when she noticed her husband acting strange whenever she would come home from work early. He would act nervous and antsy and she began to suspect that he was cheating on her, but she never had any definitive proof.

Then she noticed that their pet parrot was also acting strange. He started making different sounds and verbalizations than he normally did.

The woman started to pay closer attention to what the parrot was saying. He was squawking flirtatious dialogue and whispering “sweet nothings” that the woman knew her husband had never said to her.

This confirmed her suspicions.

She finally figured out that her husband was having an affair with the cleaning lady who would come by to clean the house while she was at work.

Adultery is illegal in Kuwait, so the woman reported her husband to the police, using her parrot’s “testimony” as proof.

Unfortunately, the word of a parrot does not hold up in a court of law, but at least his telltale squawking alerted the woman so she is no longer in the dark and can begin to move on.

Were you amazed that the parrot was able to alert this woman to her husband’s affair? So share this!