Suspected Car Thief Thought He Could Flee From Justice, Then Cop Lets K-9 Sidekick Out 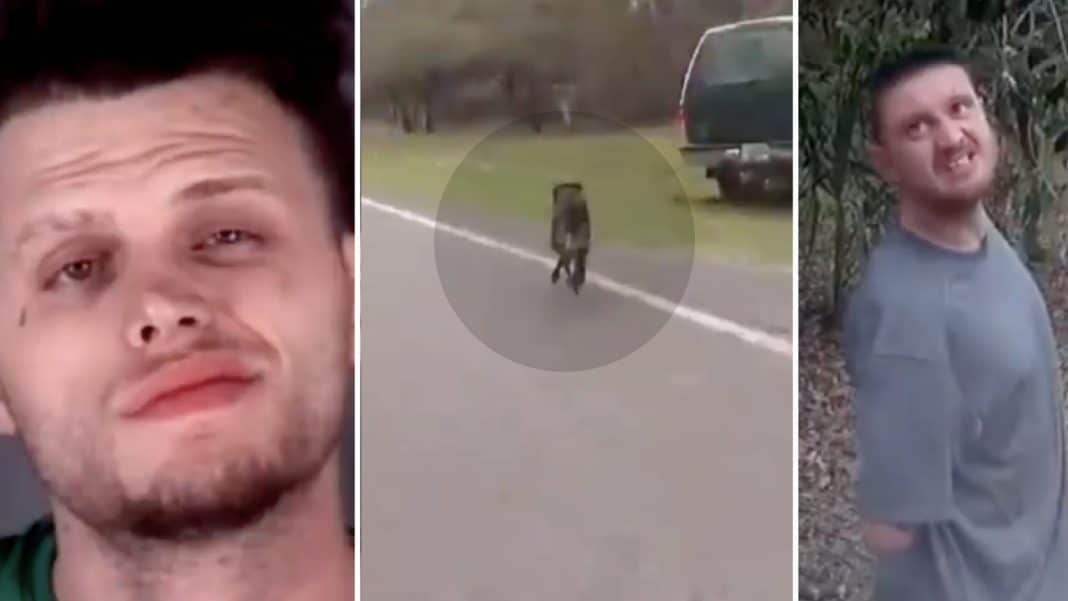 I never tire of reading stories where K9 officers are acknowledged for their hard work. These pooches deserve the same credit and respect as their human partners. Their jobs are equally dangerous and risky. The deputy in this story knows he wouldn’t be as successful at work if it weren’t for his four-legged buddy.

Deputy Nick Carmack of the Pasco County, Florida Sheriff’s Office deployed his K9 partner, Shep to chase after the driver of a possibly stolen Ford Expedition. Last weekend the two were on duty when the incident took place.

Florida Pasco County Deputy Nick Carmack and Shep, his K9 partner, began pursuing a stolen Ford Expedition. The vehicle crashed into a telephone pole, and Jacob Montgomery, the driver, fled on foot. Shep, the dog, took off into the woods to catch him. Daniel Burton,The passenger also exited the vehicle. Carmack handcuffed him.After cuffing Burton, Carmack ran to find Shep and the driver, making Burton run with him. Eventually the unusual pair came across the driver, whose arm was firmly held in Shep’s mouth.“In all reality, Shep is Nick’s partner. They go to work together every day. They live in the same house together. Those two are very tight,” the Sheriff said.

The deputy worked to catch up to his dog and the driver; a passenger slid from the vehicle and attempted to escape. Deputy Carmack detained the passenger and had him run with him to reach Shep and the driver. The driver put up a fight, dragging Shep away so he might flee.

The driver gave up when Carmack reached him. Shep had vicelike hold of him. “That’s my man!” Deputy Carmack said.

Nothing like relying on the skills and training of your partner to get the job done. Without shep, one of those suspects could’ve fled and not been brought to justice.