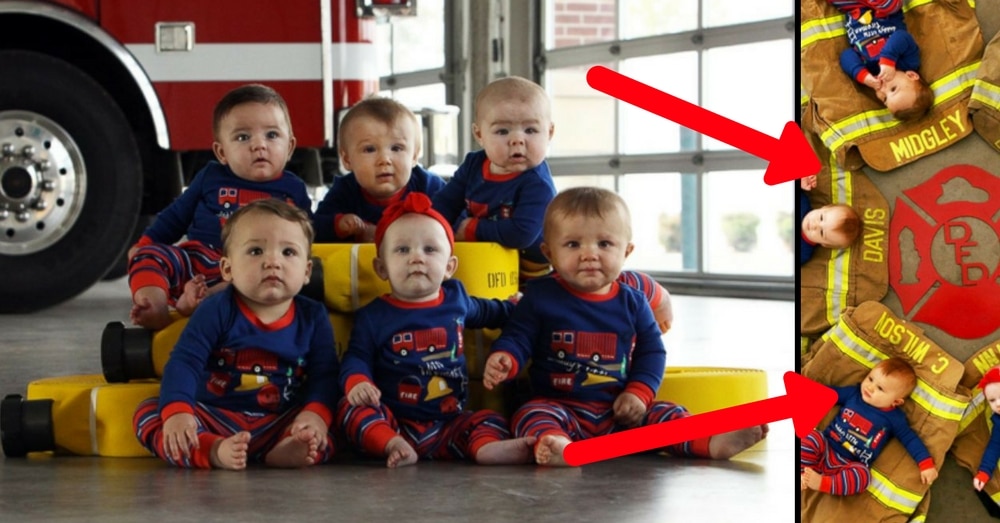 The Durant Fire Department in Oklahoma has six tiny reasons to celebrate this holiday season, and they included them all on the fire station’s precious Christmas card.

The tight-knit group of 33 firefighters had six babies born to them this year, all between February to June 2016. Naturally, they couldn’t pass up the opportunity to help spread Christmas cheer around the community with their little faces.

“Every year my wife and I put together a Christmas card we send out to different businesses in the city that have helped us out through the year,” chief Roger Joines told ABC News. “My wife and I were trying to decide what kind of picture we wanted to put on there. It’s usually a fire truck or the guys in front of the station. But we had 6 babies this year and my wife said, ‘Hey let’s put them on the Christmas card.’ After that, the ladies took it and they ran with it, getting them matching PJs to wear and everything.” 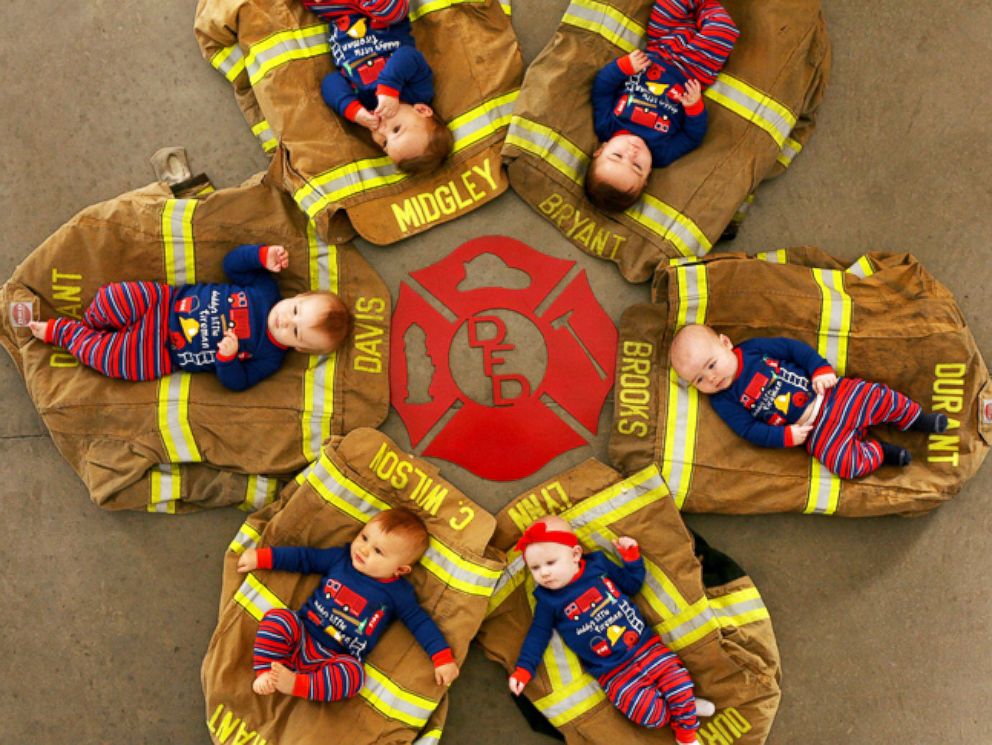 Before joining the fire station, engineer and paramedic Richard Parker was a professional photographer. He volunteered to take the very merry photos, but it took a village to get the babies in place. 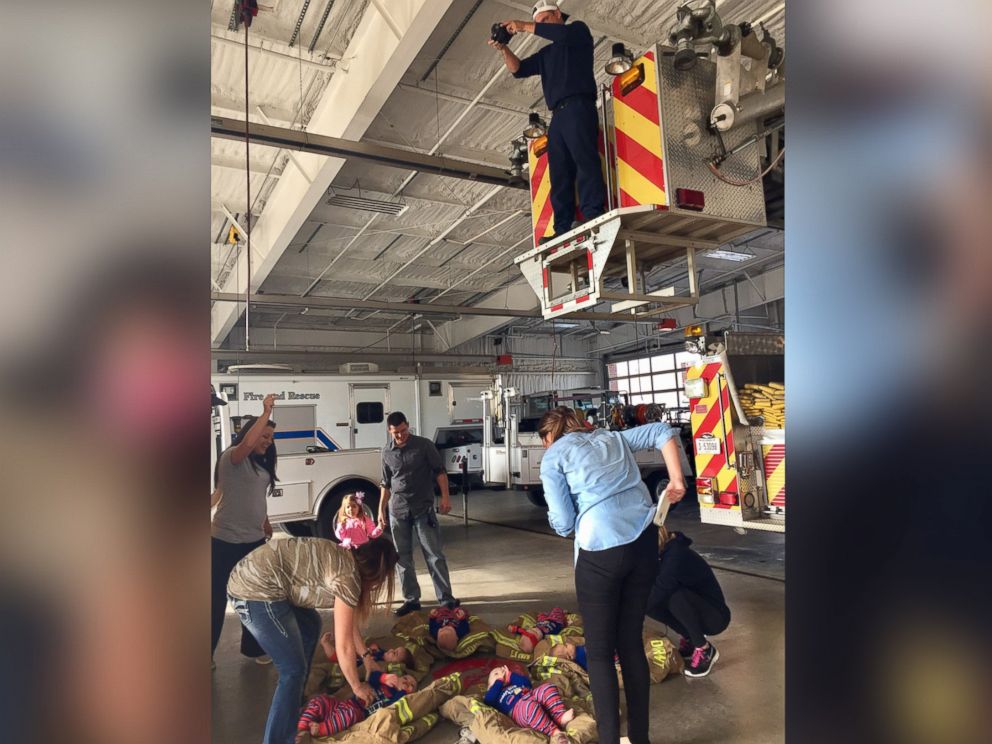 “It made for a really great Christmas card,” Joines said. “And what better way to celebrate 6 new babies at one time. That might not be a big deal in a big place like Dallas or Houston, but 6 babies in a fire department of only 33 is a pretty special thing.” 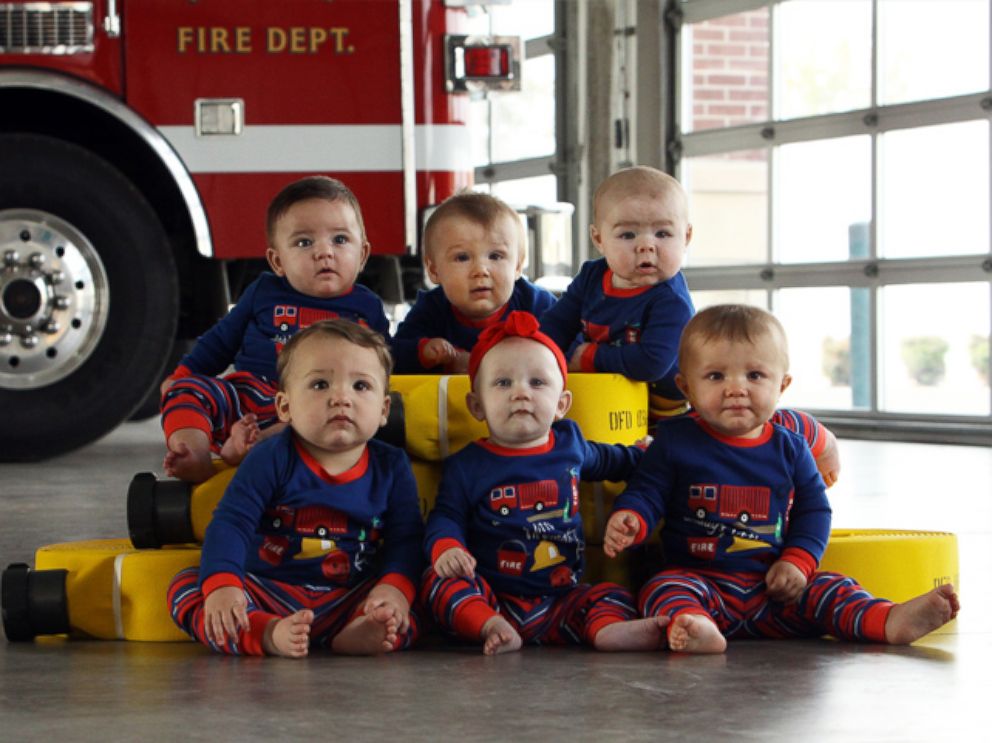 The pictures turned out so cute that Parker submitted them to FireRescue1.com to show off their bundles of joy, where they’ve since gone viral for all the right reasons.