He Stunned With Final ‘DWTS’ Dance. But Then Judge Does Something That Leaves Him In Tears 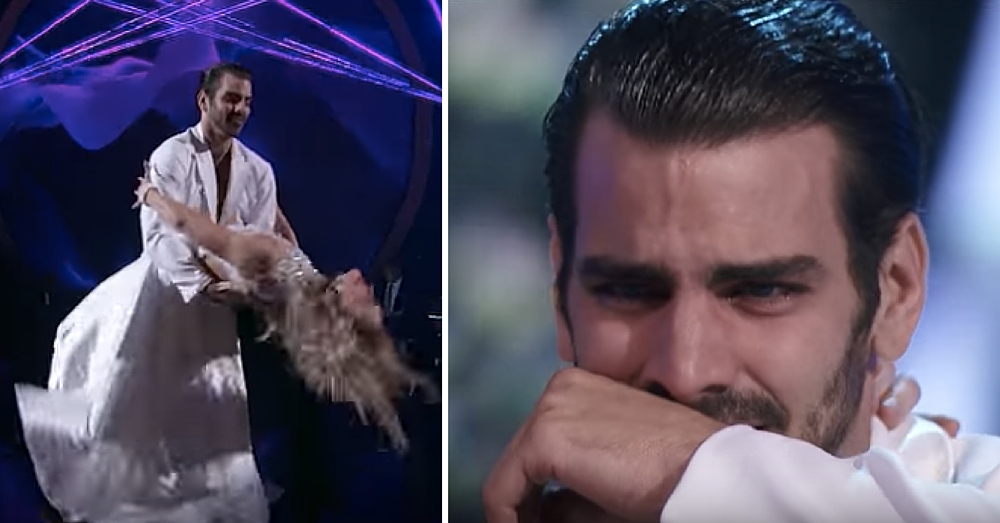 Nyle DiMarco, a deaf model and actor, has wowed fans of Dancing with the Stars every week this season. It’s not just that he turned out to be a talented dancer or that, by all appearances, seems to be a genuinely nice guy. What is truly remarkable is that he has done his incredible routines each week without actually being able to hear the music.

All of his hard work paid off when he and his partner, Peta Murgatroyd, won the Mirror Ball Trophy during this season’s finale. But before that could happen, he had to do one final dance.

The pair did a tango/chacha fusion dance that brought the audience to their feet in applause and earned the couple a perfect score from the judges. When they finished the dance and went before the judges for feedback, though, judge Carrie Ann Inaba did something that reduced Nyle to tears.

She told him that she wanted to say something to him because he had spoken to her and the other judges so eloquently through their language – dance. Then she stood up and signed some words to him that she had obviously been working hard to master.

As soon as he saw what she said, Nyle was reduced to tears, overcome with the emotion of the moment and by what it meant to him to have someone speak to him in his own language.

When asked what she had said, Carrie Ann replied, “I said, ‘Thank you for showing us your beautiful heart when you dance.'”

I think everyone who tuned into Dancing with the Stars this season can agree he did just that.

Check out Nyle and Peta’s winning dance performance and his emotional interaction with Carrie Ann by clicking on the video below.

Were you inspired by Nyle’s performance on ‘Dancing with the Stars’ this season? So share this!