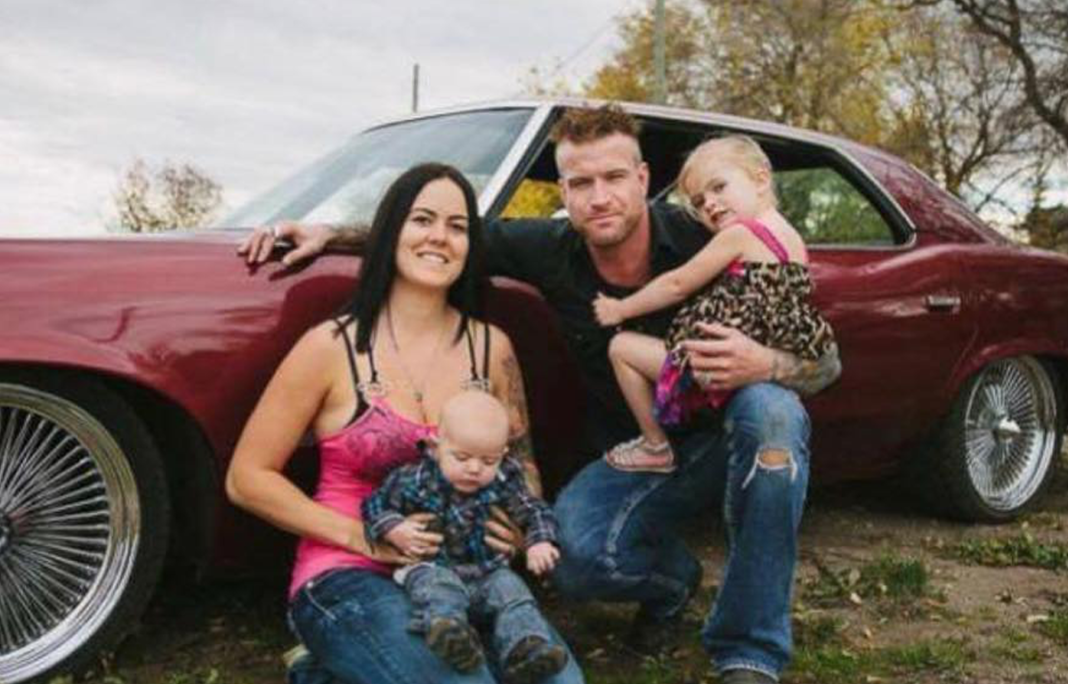 You might have never heard of such a thing before: A car sold at auction three times and then the car and all the money were actually donated back to the seller. That’s exactly what happened after a family faced the tough decision to auction off Brent Keryluke’s 1973 Pontiac Parisienne. 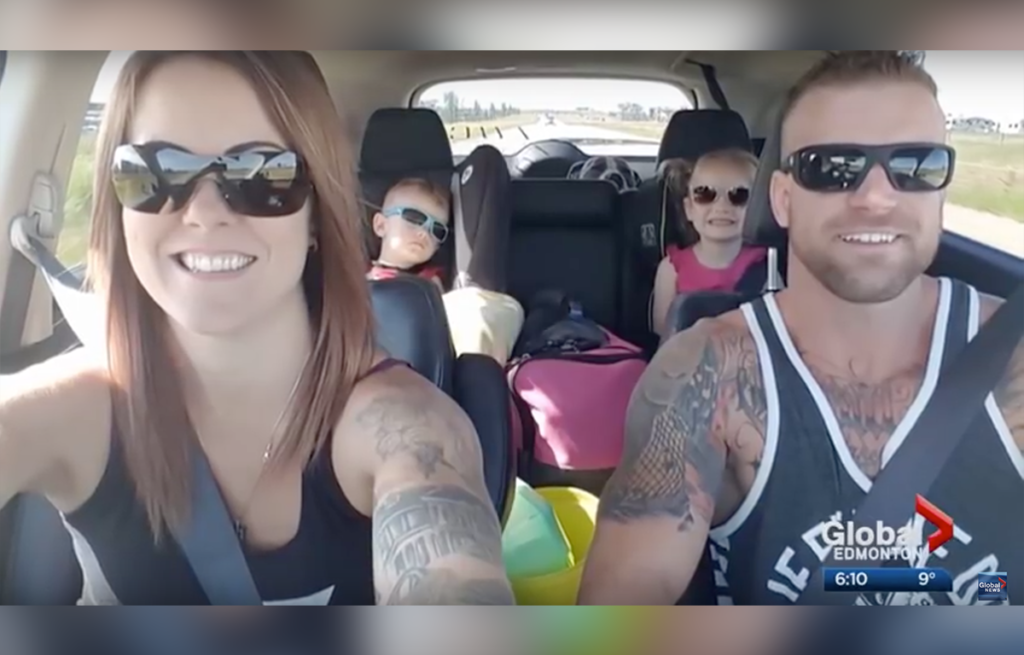 Brent was just 35-years-old when he and his wife Nicole, 34, died in a tragic accident after their motorcycle collided with a truck near Innisfail, Canada, south of Edmonton. Brent had worked on the prized classic car for years, wanting to pass it along someday to his son when he turned 18.

After the accident, 3-year-old Liam and his 6-year-old sister, Arielle went to live with their grandparents, Ben and Marilyn Keryluke.

Although the grandparents never wanted to give up the Pontiac, they decided they had no choice. The money would be spent to care for the children, who both need expensive hearing aids.

They took the car to be auctioned at Electric Garage Auctions, in Red Deer and could never have believed how the auction would turn out.

They all stood on the stage as the Auctioneer told the story of why they had decided to part with the car. Then the bidding started. Their hearts must have sunk as they realized the car would no longer be theirs.

After a number of bids, the car was sold for $29K, but that was just the start. The bidder, Rod McWilliams from Red Deer Motors donated the car back to the auction, saying:

The car was auctioned again and sold for $30K, and the winner, Danny Fayad from Precision Marketing, donated it back yet again.

Finally, the car sold for $20K to Bob Bevins from Bulldog Metals, who later gave the car back to the stunned family. He wanted Liam to drive that car one day and had a number of classic cars already, he said. 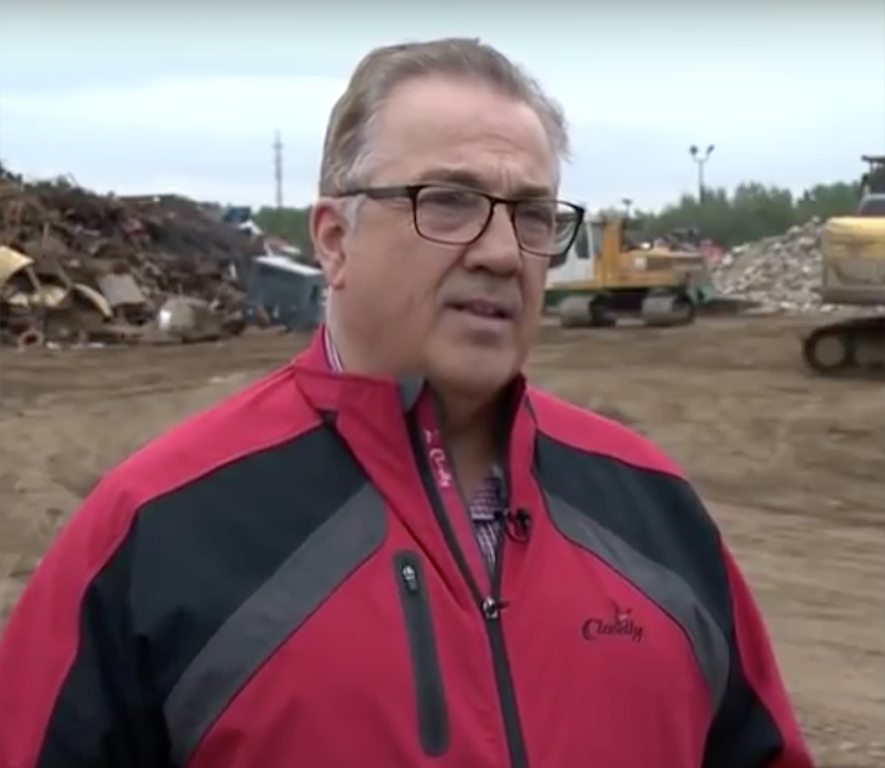 The Auctioneer and EG Auctions co-owner were both crying as the crowd cheered.

Not only did the family make almost $80K from the repeat sales of the car, but the community also gave thousands in donations, pushing the total the family would receive to $100K.

See the video from EG Auctions on Facebook below:

EG auctions is proud to present the full video of the 1973 Pontiac Parisienne selling in support of the Keryluke family. Ben and Marilynn Keryluke lost their son and daughter in law, Brent and Nicole in a tragic motorcycle accident last spring. They left behind their young children Arielle, who’s 6 and Liam, who’s 3. These wonderful children are now being cared for by their grandparents. It was their dream to keep Brent’s car for Arielle and Liam but circumstances lead to the decision to sell his car. We wanted to offer our support as they prepared to send the car to a new home. And then…..the loyal EG auctions family of buyers and sellers came together to overwhelm everyone with their generosity and compassion. Please watch as we raise close to $100,000 for Arielle and Liam as the car was sold 3 times. What you don’t see is that Bob Bevins donated the car back to the family after he purchased it for $20,000! The EG AUCTIONS family is standing in support of the Keryluke family as they continue to find a new normal and move forward. We would like to thank the following people and businesses for their support as well. Rod McWilliams Red Deer Motors Danny Fayad Precision MarketingBob Bevins Bulldog Metals Ltd.Les and Hanh Long Top Flight VenturesChris Thin AutomaxxFred Crane Crane ClassicsGord Skakun MGM Ford LincolnGreg Farley Farleys Truck & Auto Addictions IncSarn Narayan Go Uncle Ben's RV & MarineBryan Redfern BrendaDoug GillespieWade Michalenko Thank you to our amazing EG staff for all the hard work and dedication!Sincerely,Lindsay and Todd Schwindt

Ben Keryluke had no words for how thankful he was:

“How do you thank people for something so huge?” he asked.

The community came together for the family in an unforgettable way, helping give them a hand when they were at their lowest. Now a brighter future waits for Liam and Arielle, and one day, they will fulfill their father’s dream and drive that 1973 Pontiac Parisienne. 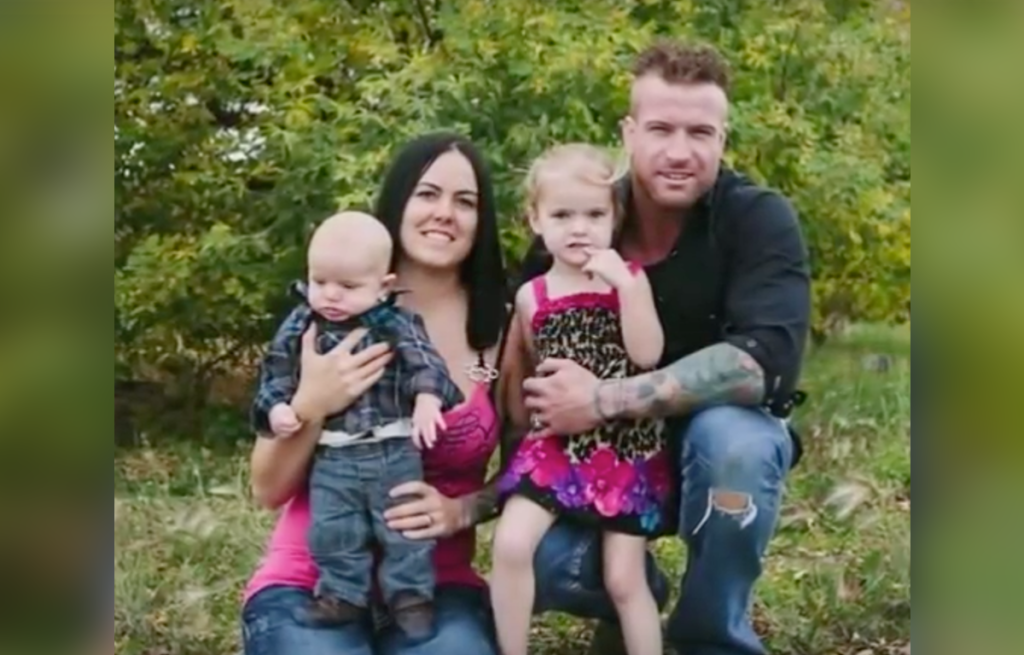 Brent and Nicole Keryluke and their children

See the amazing story below from Global News: