Students Were Bullied Because Of Dirty Clothes, So Principal Installs Free Laundromat At School 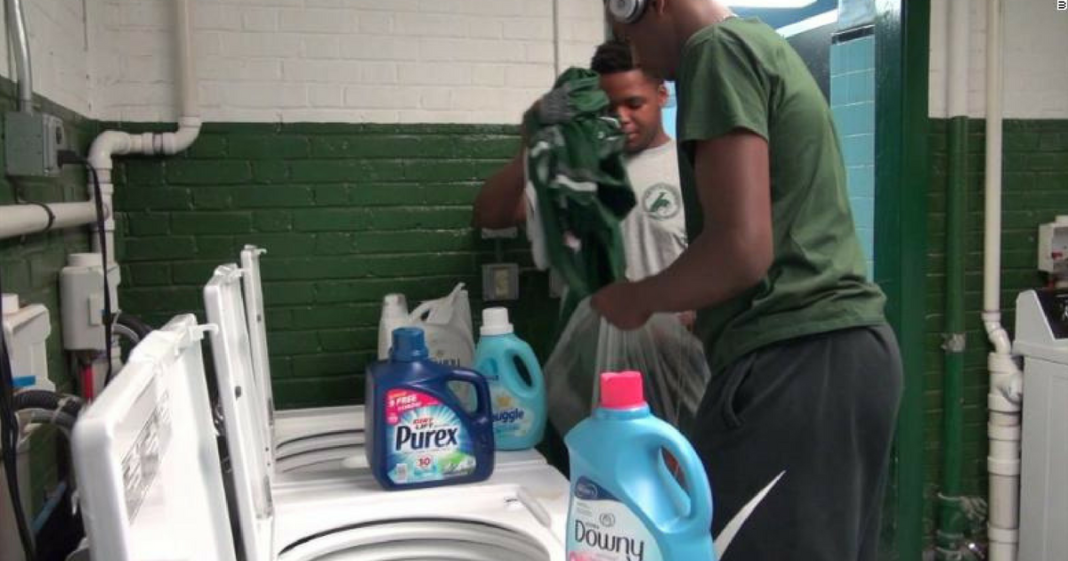 Being bullied as a teenager is stressful enough. Add social media to the mix, and it makes the experience even more humiliating. Students at West Side High School in Newark, New Jersey, won’t have to suffer this indignation anymore because their principal, Akbar Cook, has installed a laundromat in their school.

The facilities are free for all students to utilize. Some of whom are homeless and have no way to wash their clothes and nothing clean to wear to school. When they would show up, they were teased for having dirty clothes.

“I’ve seen a few kids in the back of the class talk about one of the people in front of the class and how they smelled and how their clothes looked dirty,” student Nasirr Cameron told CNN affiliate WCBS.

Cook says that over the past two years, he’s seen how some students, around 85% will miss school because of not having clean outfits.

“These are kids, good kids who want to learn, that are missing three to five days a month because they were being bullied because they were dirty,” Cook explained to CNN. “I even changed the school uniform to darker colors so they could go more days without cleaning them, but even with that, students were struggling to have them look clean enough to attend.”

And if bullying their classmates wasn’t cruel enough, students would tag the others on social media. Cook saw the posts. Two years ago, he applied to a grant from a foundation associated with one of the city’s utility companies, PSE&G. He received $20,000. This allowed him to convert an old football locker room into a laundromat.

The renovations are completed, and the room will be open to students beginning this term. It has five washers and dryers along with a selection of detergents which have been donated from around the country. Students will be able to use the facilities from 3-6 p.m. They will be supervised as they learn to care for their clothes and have their dignity returned to them.

When students were bullied because of dirty clothes, a principal installed a free laundromat at school

After some students were bullied because of dirty clothes, a principal installed a free laundromat at school https://cnn.it/2PsWoFB

“As the story has spread, we have been receiving packages of detergent at the school and through our Amazon wish list page,” Nicole Daniel, the school’s operating assistant, told CNN.

School social worker Jamila Hammond told WCBS it feels good to know they can help students who wanted to attend classes but felt disgraced by their clothing. “Many times the students may come in because they’re embarrassed, they don’t look the same,  somebody’s complaining about a body odor. I would say, ‘OK, baby, then we’re going to have to do it the old way.’ We have soap, we have water. But now with this laundry room we don’t have to do that,” Daniel said.

Way to go, Mr. Cook! No one should miss school because they feel ashamed of their appearance. All schools should have these facilities, fewer students would miss classes and there would be less humiliation.