Student Stuck On Subway On Way To Graduation, Then Passengers Step Up In Major Way 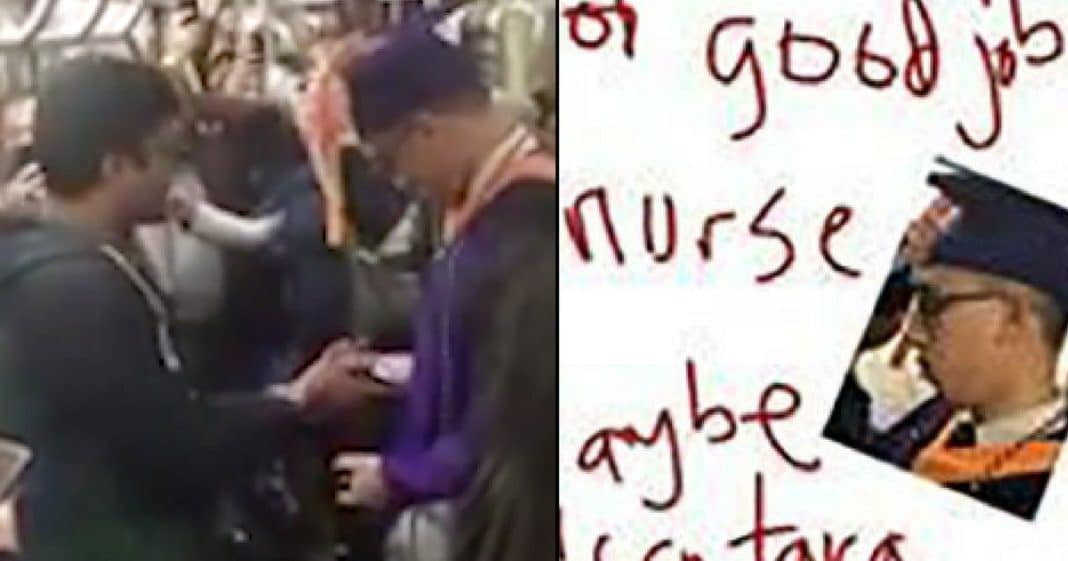 It sounds like something out of a movie. In fact, something just like it did happen on an episode of Full House once!

Jerich Marco Alcantara was on the subway on his way to his graduation from Hunter College at Radio City Music Hall in New York when he got stuck underground due to a malfunction that caused the emergency brakes to trigger on the train.

Dressed in his cap and gown, Jerich watched the minutes go by and, after 90 minutes and no movement, he realized there was no way he was going to make it to the ceremony.

He, of course, was disappointed, but he decided to make lemonade out of lemons and try to lighten the mood for everyone on board the train.

“Everyone seemed annoyed, and by that time, my commencement was already about an hour in,” he said. “So I felt like lightening the mood and thanked everyone for ‘coming to my graduation.’ Told them it meant a lot to me, and they applauded it.”

One of Jerich’s friends made a makeshift diploma on his phone, which he then presented to the nursing school graduate. 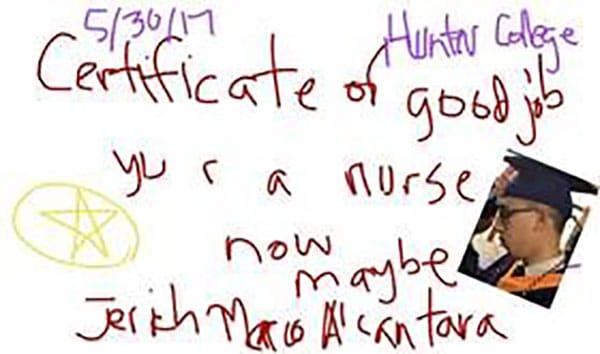 While it’s a bummer that Jerich wasn’t able to be present for his official graduation, we know this ceremony is one he will never forget! And it’s one thousands of others will remember as well.

In just a few hours the video of the impromptu graduation ceremony had already racked up hundreds of thousands of views.

“I love seeing stuff like this!” commented Ally O’Brien. “People coming together in a crappy situation to do something so simple but so kind for someone else! They were all stuck there & missing things as well, but instead of just ignoring it, they all came together to do something so sweet for this kid & gave him the graduation ceremony he was missing! They even made him a diploma!

“It warms my heart seeing good things like this happening in the world amongst all the awful things you usually see on news, & it restores my faith in humanity & that there’s so many good people out there! I wish everyone could come together & love & respect one another like this! Spread love, not hate! ? You don’t know me, but I love you all & hope you’re each having a wonderful & beautiful day!”

Jerich’s family and friends were waiting for him when he finally made it to Radio City Music Hall – almost 3 hours later than planned – and they were able to celebrate together then.

Were you happy to see Jerich’s fellow commuters step up and give him a memorable graduation ceremony? So share this!