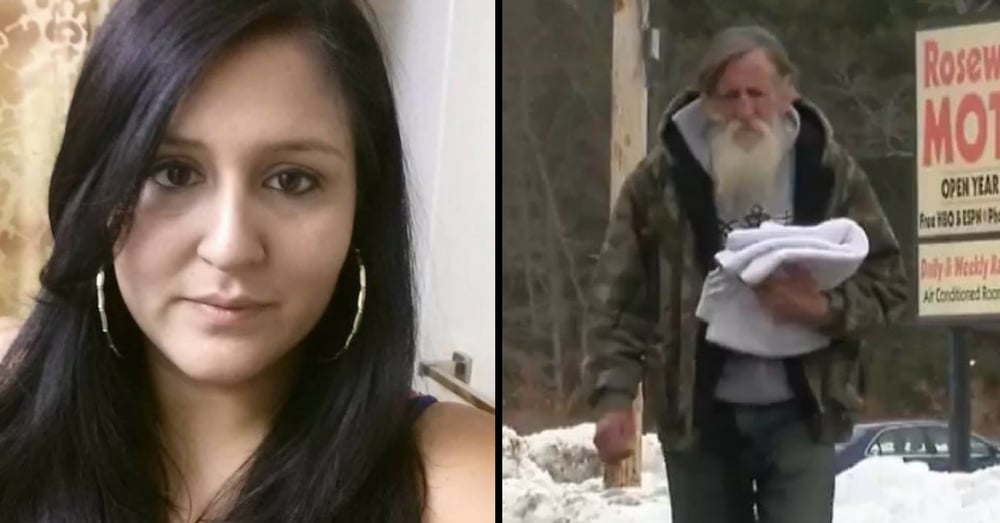 Life wasn’t always smooth sailing for single mom Sofia Lorena, so when she saw that she had won $200 from the scratch lotto ticket she had just bought at the gas station she was ecstatic. She was already imagining the things she could do for her family with the extra money.

As she was driving away from the gas station, though, she noticed a homeless man standing in the freezing cold, the wind whipping all around him. As she got closer she noticed he was shivering and crying. The sign he was holding read simply, “Anything Would Help.”

Sofia knew she couldn’t just leave him, so she rolled down her window and asked if she could buy him a cup of coffee. Though he was hesitant at first, the man, Glenn, agreed and Sofia took him to get a cup of coffee at a nearby Dunkin Donuts.

As they sat there Glenn started to open up, telling Sofia that he had been homeless for three years and had been sleeping on the streets in sleeping bags and tents.

Heartbroken, Sofia began to call nearby shelters to find Glenn a place to sleep, but they were all full. Then she remembered the $200 she had just won. She knew right then and there what she was going to do with the money.

Sofia told Glenn to get back in her car and drove him to a nearby motel where she used the money to pay for a two night stay.

When Glenn saw what she was doing for him he was overwhelmed.

“I’ve never seen a grown man cry,” Sofia wrote later in a Facebook post, “he began praying and telling me I was an angel.”

Sofia and Glenn’s story touched many. After Sofia shared her experience on Facebook, food and warm clothing started pouring in from friends who had seen her post.

Struck by their generosity, Sofia decided to see if she could raise some money so Glenn could stay at the motel a little longer. In just two days she was able to raise nearly $20,000!

All because of a lotto ticket, and a stranger’s kind heart.

Were you touched by what Sofia did for Glenn? So share this!