Struggling Mom Can’t Afford All Her Groceries. What Stranger Does Next Leaves Her In Tears 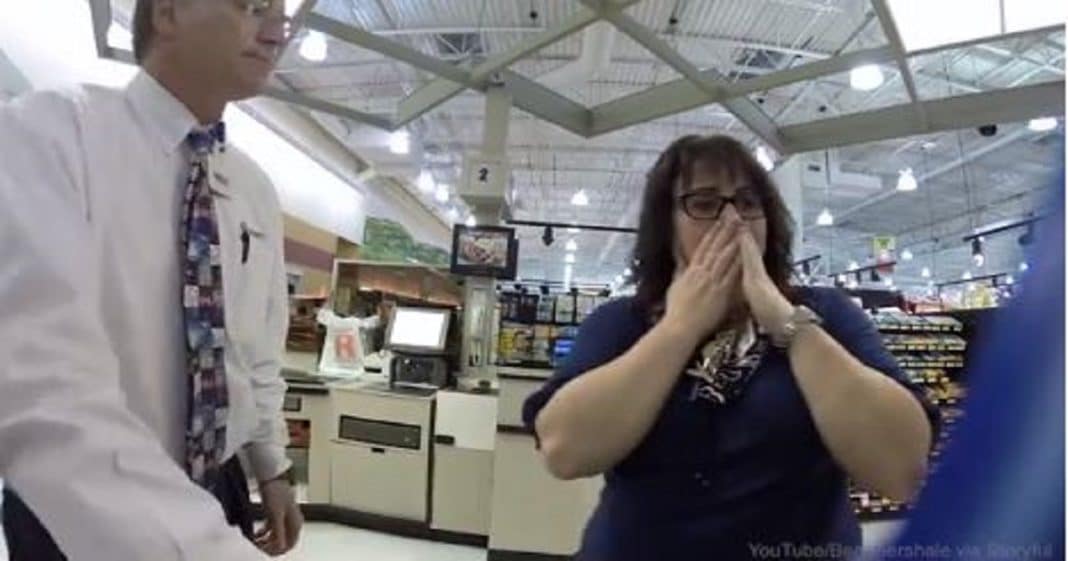 ‘Tis the season to be…generous!

A couple of weeks ago, my friend decided to take me to breakfast as I had spent the entire week sick in bed. It was during that time of day when lunch breaks are pretty much over and people are back at their jobs, which frees the roads, the food lines, and the restaurant booths. When we arrived, the place was practically empty.

Before this day, I had heard stories of people who were blessed by strangers with random acts of kindness, but I had very little experience in being a recipient myself.

As my friend and I ate our last piece of pancake and drank our last sip of tea, the waiter came by to do his final dish sweep. He stacked the dishes in his arms and said, “Have a great day!”

This was a little strange to me because he hadn’t brought the check yet. I jokingly asked, “What? Is our meal on the house?”

He casually replied, “Your meal has been taken care of.”

I was speechless! I had never experienced an unexpected and selfless gesture, and I never imagined that I ever actually would. Not only that, I had no idea who could have done such a generous thing. He/she chose to remain unnamed. My friend and I left the restaurant feeling honored and grateful beyond measure.

Because of what happened for me that day, I am able to resonate with customers in the Facebook video below posted by Upworthy.

During this season of buying and decorating, our pockets tend to run dry, not leaving much room for pricey purchases. Thankfully, one store was delighted to change that in the lives of their shoppers.

Through a possibly hidden camera, we see customer after customer at the self-checkout kiosk stopped, just as they are about to pay, by two employees of the grocery store. In the first clip, a mother instructs one of her children to put an item back because of how expensive it is.The male employee steps forward and insists that the item can be placed back on the scanner. At first she thinks that he is just offering to pay for that one item, but then he says, “An anonymous donor is paying for all of your groceries today.”

Immediately she is at a loss for words as her eyes start to fill up with tears. Through her crackling voice she thanks the man over and over, and proceeds to leave the store.

It was so moving to watch! The video goes on for one minute and 24 seconds, allowing us to see every shopper collect the benefits of a stranger’s kind-hearted generosity. How awesome and timely it must have been for those whose groceries were all paid for that day! I can absolutely understand their total shock and sincere appreciation.

An author named Gary Inrig once said, “Generosity is a practical expression of love.”

Check out the video below to see the heart-moving reactions of each customer as he/she received the surprising donation!