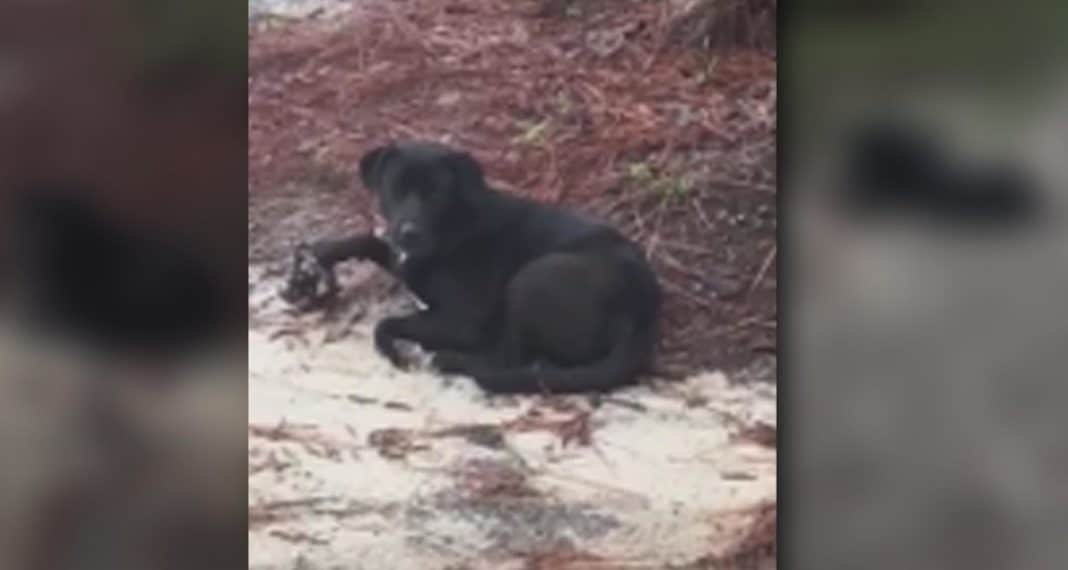 Hermione spent a year on her own in the forests in South Carolina. She grew wise avoiding capture from well-minded rescuers. They needed to save her because she stepped in a cruel coyote trap and became injured. Hope For Paws was called in to save the day. 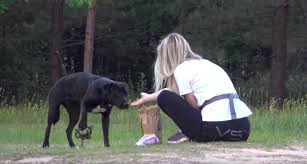 Despite her terrible injury, she was able to evade her rescuers for six days. Eldad Hagar and Loreta Frankonyte arrived and began their search for the frightened Hermione. They found her the next day and managed to coax her to them, but she grew spooked and ran away. Finally, with the help of some friends and locals, she was captured.

She wasn’t out of the woods yet. Her rescuers were afraid Hermione would lose her leg. Her injury was so severe. They spent three days on the road to California to get Hermione to a specialist who could perhaps save her leg.

After many surgeries, they were successful. Hermione has made a miraculous recovery! We’re unsure how she ended up in the forest for so long, but now, Hermione has another chance to live a happy and long life.