Stray Dog Darts Across Tennis Court In Middle Of Match. What Happens Next Is Going Viral 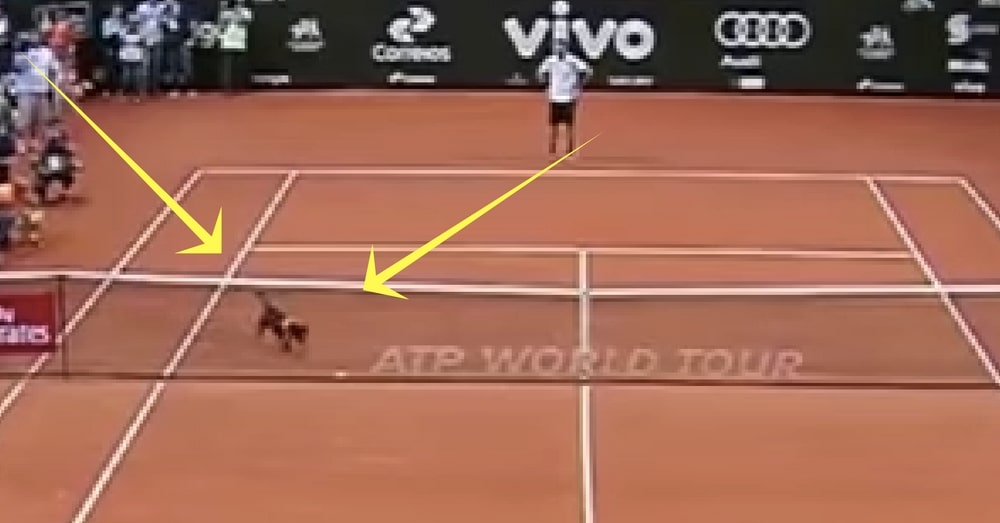 Everyone’s eyes have been on Brazil for the Olympics, but there was something that happened there earlier this year that is just too cute for us not to share.

During an exhibition match at the Brasil Open in São Paulo between players Roberto Carballes Baena of Spain and Gastao Elias of Portugal, everyone was left surprised and delighted by who they decided to use as the match’s “ball boys.”

While usually there are people designated to pick up the missed tennis balls, four dogs were trained for months to retrieve the balls instead. (We’re guessing the hard part wasn’t getting them to go after the balls, but training them to give the balls back!)

The dogs – Frida, Costela, Mel, and Isabelle – are all dogs that had been mistreated and then rescued.

“We want to show that abandoned dogs can be adopted and trained,” their coach, Andrea Beckert from the Association of Animal Wellbeing, said.

The adorable pups donned orange cuffs and scarves and, as you can tell from the video below, were the hit of the tournament!

Did you love seeing these sweet rescue dogs work the tennis match? So share this!