Deformed Stray Dog To Be Euthanized, But Then Veterinarian Takes Matters Into Her Own Hands 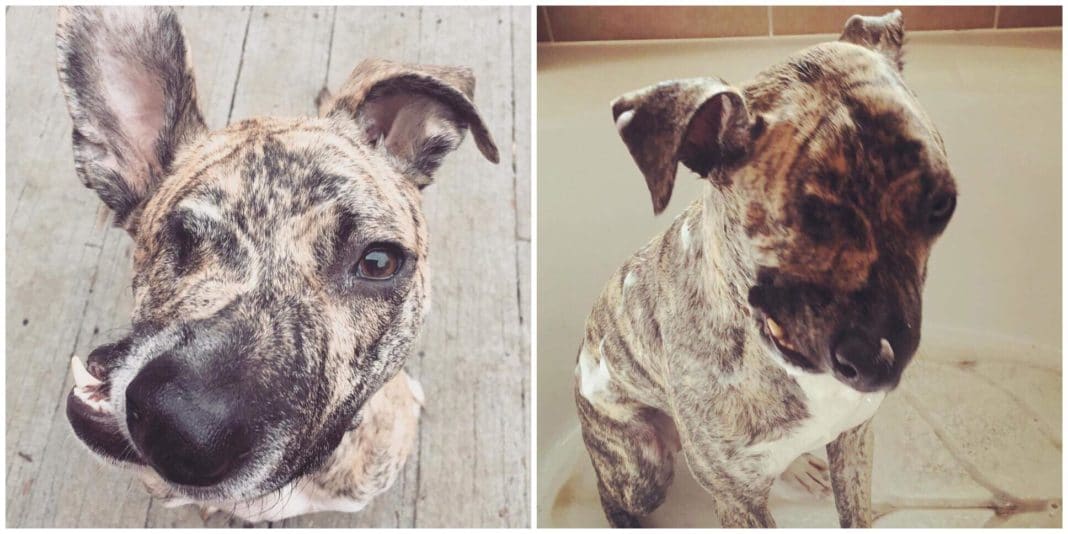 What do you feel when you first see a puppy? Do you want to cradle it in your arms like a baby? Do you become unconcerned that it might pee on you or nibble on your hair?

Some pups learn about love and kindness and cruelty all too soon. Squish found his way to an Ohio animal shelter. He was a stray; after an examination, it was determined he was approximately four-months-old.

A little Squish to get you through #humpday ❤️

Poor Squish came with some health issues. The right side of his face was swollen, and the little guy could barely open his mouth. The veterinarian at first thought the pup received a bite from another animal and that it was infected.

This wasn’t the case after all. The vet worked to further evaluate Squish. They found several fractures in his tiny skull and jaw. These were caused by blunt force trauma, not from another animal.

Danielle Boyd was one of the first doctors to examine the pup. She told Petcha that “it was suggestive that he might have been intentionally hit by someone rather than something since there were no other fractures or injuries to indicate accidental trauma like being hit by a car.”

Boyd knew Squish’s outlook was grim. These injuries damaged the growth plates in his jaw and skull. This would cause the bones to form incorrectly and result in scar tissue. Sweet Squish started losing weight because he was having trouble eating. The staff feared squish would stop eating altogether. He was added to the euthanasia list.

Little Squish already stole Dr. Boyd’s heart. The vet took him home with her. Squish behaved like any regular dog. At night, he slept by her bedside.

“I was enamored by this little one-eyed pup who clearly endured so much pain, yet you would never know but by looking at him. He acted like any other happy-go-lucky pup,” she told Petcha.

Just after one night, Boyd adopted Squish. Since then, she’as arranged for him to have the ongoing medical care for his fractures. Squish has had two surgeries and an eye removed.

Despite his tough start in life, you wouldn’t know it from how Squish acts. He’s a great example of no matter how hard things get; there’s always hope for a better tomorrow.