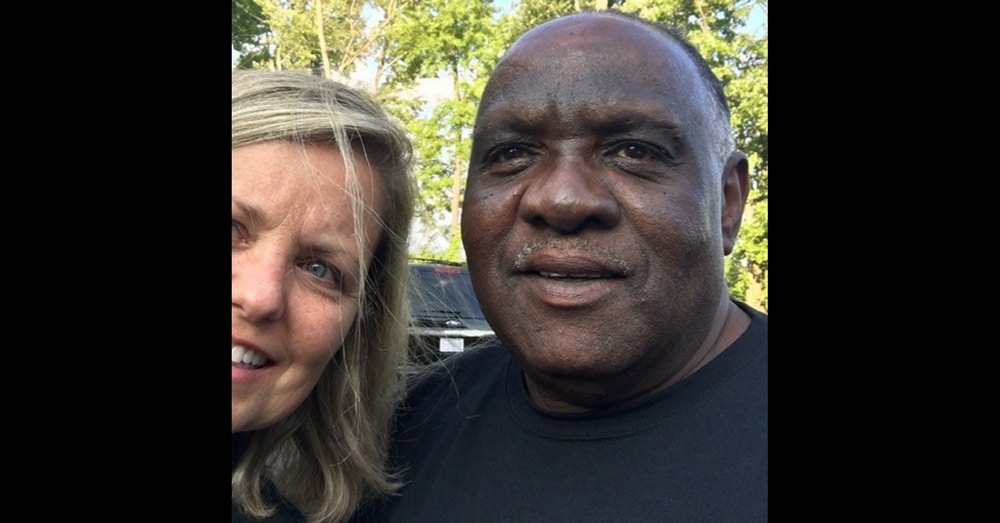 Pennsylvania Uber driver Ellis Hill couldn’t be more proud of his son, Darrell Hill, a shot putter who will be representing Team USA in the Rio Olympics. But as much as he wanted to be in Brazil to cheer Darrell on, he knew he wouldn’t be able to afford the trip.

That’s where Liz Willock comes in. Liz was one of Ellis’ Uber passengers and they had the chance to talk and learn a lot about each other during her hour-long ride.

The two of them started talking about the Olympics and Ellis proudly told her that his son would be competing.

“When I told her about my son she was really amazed, but when she asked me if I was going over there to watch him, I said I really couldn’t afford it,” Ellis said.

Liz was devastated to hear that Ellis wouldn’t be able to be there to watch his son compete, but then she had an amazing idea.

Liz works as a sales leader at a concierge service that arranges travel and accommodations for people seeking clinical trials around the world. She thought that, with all of the contacts and resources she has at her fingertips, maybe she could help get Ellis to the Olympics.

“She asked me, ‘If I could get you a ticket would you go?'” Ellis recalled. “And I said, ‘Oh my goodness I don’t even know you!’ She said, ‘No. I believe you and I were fated to meet and I’m going to try to make this happen.'”

Liz set up a GoFundMe page to raise money to get Ellis to Rio. In just two days the campaign reached its goal of $7,500!

Ellis was leaving church when a local news station contacted him and told him he would be going to the Olympics.

“I was ecstatic,” Ellis said. “I feel really grateful and overcome by the knowledge that there are good people out there.”

He can’t wait to get to Rio and cheer his son on as he competes.

“I haven’t seen my son in a couple months because he’s been training,” Ellis said. “I cant wait to see him and encourage him in person and let him know I’m 100 percent in his corner.”

Liz and Ellis have been in constant communication as he prepares to go to Rio, and Ellis doesn’t think that will change once the Olympics are over.

“Liz was only a stranger for 5 minutes,” he said. “We talk all the time now and I know we’re going to be friends for a long time.”

Were you touched by this stranger’s act of kindness for this proud father? So share this!