Stranger Stops Mom At Store, Asks Where Husband Is. What He Does Next Leaves Her In Tears 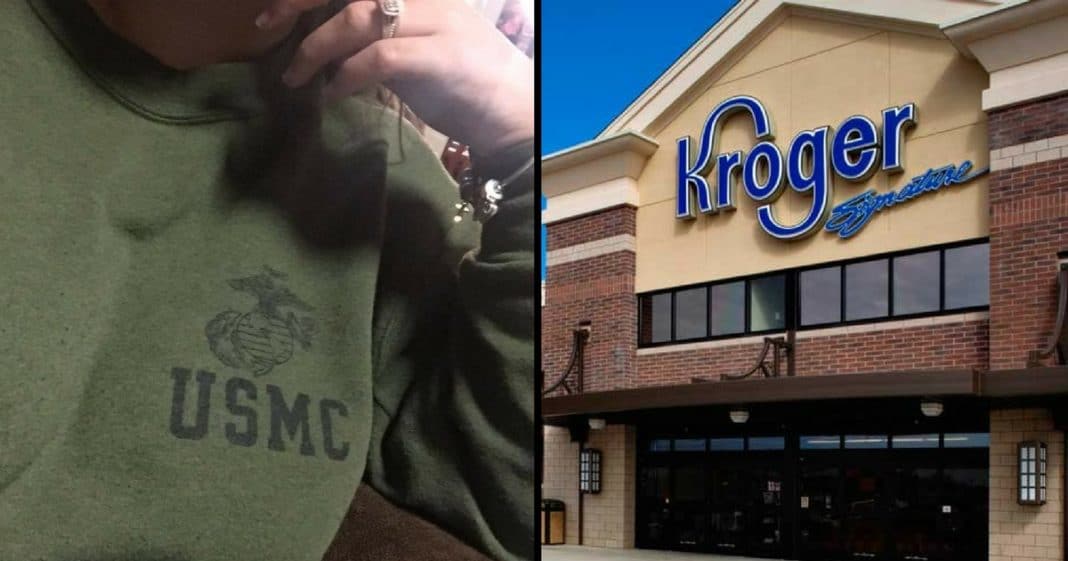 Anyone who had had a spouse deployed knows how difficult it is. While the soldier is going through his or her own battles, the ones they leave at home are also dealing with their share of difficulties.

Besides the constant worry over the safety of their spouse, life itself changes drastically as they adjust to being a single parent for a time.

That is why we always love to hear stories of people who go out of their way to help those in the midst of such a difficult time.

Casey Carpenter was shopping at Kroger and was getting ready to check out when the man in front of her in line turned around and asked her if the sweatshirt she was wearing was hers.

Casey was taken aback at first, then realized she was wearing her husband, Austin’s, United States Marine Corps sweatshirt.

He then asked if her husband was with her so he could say thank you, but Casey explained that Austin was deployed.

That’s when the man did something that really left her stunned.

Without a word, the man reached into her cart and started putting Casey’s grocieris on the conveyor belt with his own.

Shocked, Casey could only manage to get out, “oh my gosh, are you sure, thank you so much,” a bunch of times as the man paid for her groceries.

Then he explained why he wanted to help her.

“That place over there almost took me away from my wife and my four kids,” the man told her. “Promise you’ll stay true and honest to him while he’s gone and love him like you’ve never loved him before when he gets home.”

Casey was stunned, but of course promised to do just as the man said.

“I’m still in shock over an hour later,” she wrote in a Facebook post about the incident. “There’s still so much good in the world and we need to start focusing on that rather than focusing on all the bad.”

Were you touched by what this man did for Casey? So share this!