Stranger Says He Likes Her Tattoo, But When She Tells Him What It’s For He’s Speechless 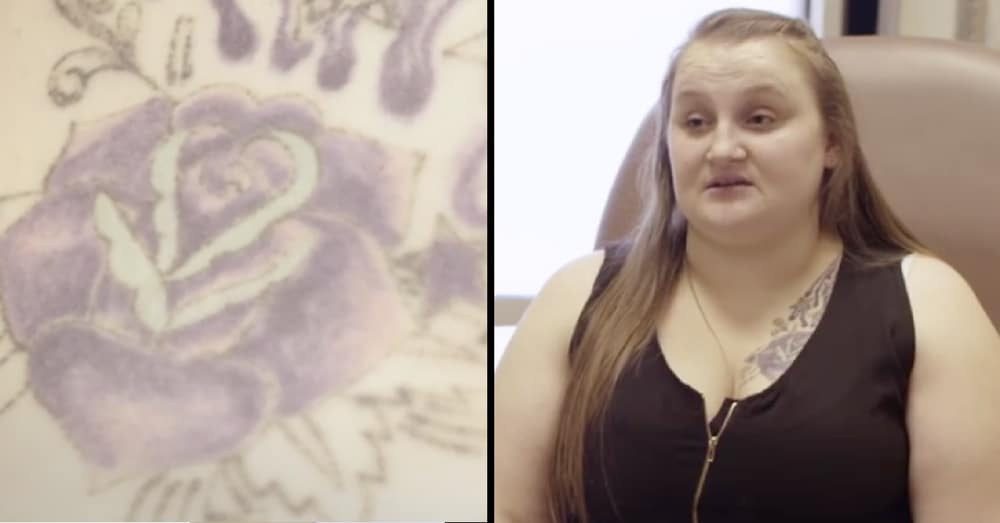 Strangers stop Arien Pauls all the time to tell her how much they like her tattoo. They have no idea that the mere mention of it makes her skin crawl.

The rose design works its way up from her chest to her shoulder. At first glance it looks beautiful, but the story behind it is incredibly ugly.

Arien received the tattoo as a brand from a pimp who had forced her into prostitution. He used the design to mark his girls, an outward sign that they belonged to him.

Arien had done well in high school and got good grades, but after graduation she was floundering. She worked at Taco Bell trying to make ends meet while taking classes at the community college, but she was struggling.

That was when she met a man online who made her feel special. He took her out to dinner and bought her nice things. She thought she was in love with him.

Once he had her trust, though, he began to sell her to other men as a prostitute. Using beatings and threats against her family, the man kept her enslaved to him.

One day in a garage he had a man tattoo his mark on her. The rose was meant to represent the pimp’s childhood home. He saw himself as a “rose that grew from the concrete.” After the tattoo was finished, the pimp forced Arien to sleep with the man to pay for the tattoo.

It was a long, awful road for Arien, but eventually she was able to escape and find freedom. Though it was difficult with her criminal record, she was finally able to find a job and move on with her life. In her spare time she volunteers with an organization called Breaking the Chains which helps women like her escape their horrible circumstances.

Even though she had moved on to a better life, though, the tattoo served as a constant reminder of the prison she had been trapped in for so long.

That was when she found Beautologie Cosmetic Surgery & Laser Center. The Fresno, California-based clinic offers free tattoo removals for women who have been rescued from lives of prostitution. While there are many emotional and mental scars that will take much longer to heal, the clinic is doing their part to make sure the physical reminders are gone.

The process is painful and will take many treatments, but for Arien it’s worth it – it means she’s free.

“[The tattoo] is a reminder that I still belong to the streets, that I’m not really a free person, even though I’ve accomplished so much since then,” she said. “So each treatment, it feels like slowly those ties are coming free.”

As as reminder to herself that no one can own her or control her, and as a symbol of hope and strength, Arien got a different tattoo of a rose on her wrist.

Pointing to her chest she said, “Once this is finally gone, then it will be an even more positive reminder that the rose is no longer a negative thing for me.”

Do you want to see an end to human trafficking? So share this!