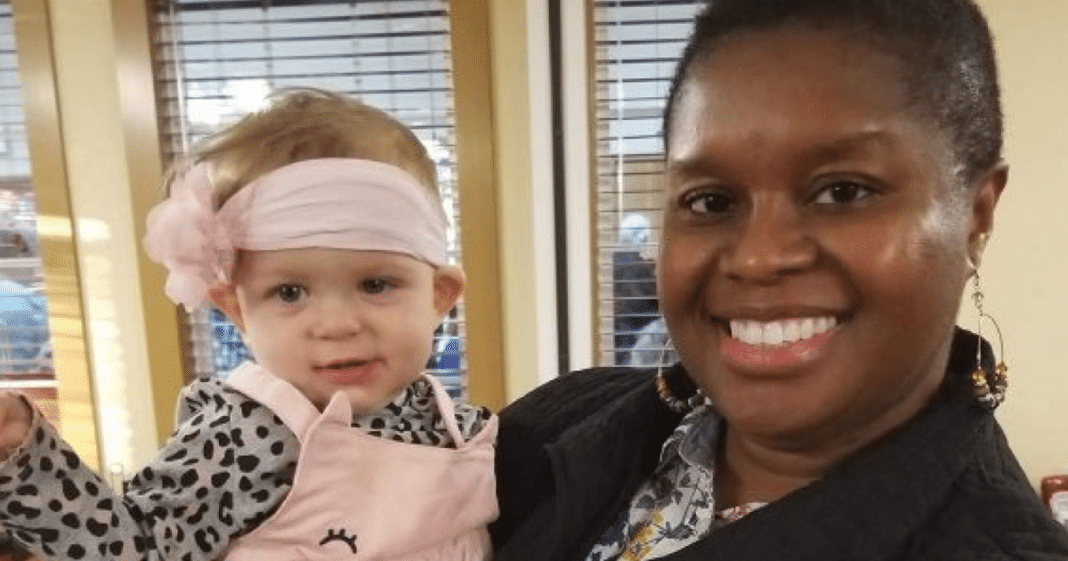 Hannah Jarvis and her family from Hendersonville, North Carolina, decided to eat out for Thanksgiving Day. The family was under stress due to an uncle in the hospital and decided to head to Golden Corral for their holiday meal. Just when they settled in to enjoy their turkey and mashed potatoes, things took a horrifying turn. Jarvis’ 7-month-old daughter Calli started choking.

“I immediately picked her up because I knew something was wrong,” said Jarvis.

Calli was choking on mashed potatoes. Her grandfather and mother tried to clear the food away with napkins, but it wasn’t working. A waitress saw their distress and came over to help, but the baby was suffocating. The waitress cried out, asking for anyone in the restaurant to help.

A stranger who was sitting at a nearby table, Deborah Rouse came running. She was confident that she could save the baby.

“I just ran over there and grabbed her out of her arms, and began the Heimlich maneuver,” said Rouse.

Rouse knew just what to do, repeatedly thrusting with the back of her hand on Calli’s back. The technique is considered the best to save a choking infant when they aren’t able to cry or cough to clear a blockage. 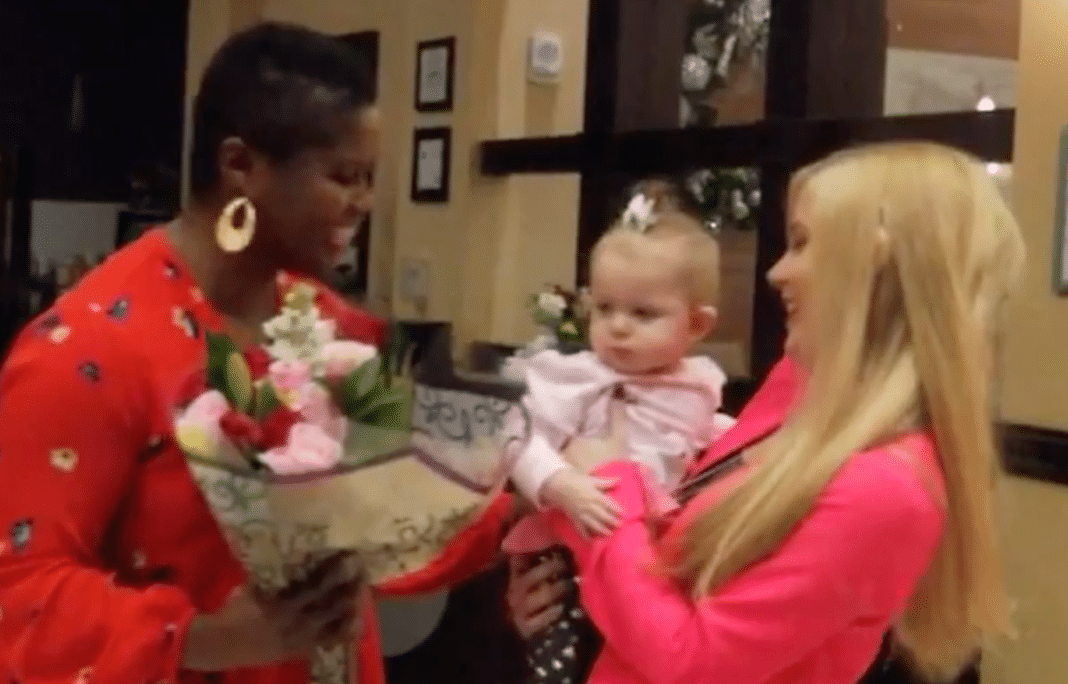 Meanwhile, Calli’s mother dropped to her knees and started praying.

“I had my hand on her chest, and I felt her chest going back and forth, and all the stuff was coming out of her nose. So once I cleaned her nose, and I heard her cry, I thought, ‘Ok, thank God, she’s breathing again,'” said Rouse.

“She caused her to breathe again, so if it weren’t for her then she wouldn’t be alive,” said Jarvis.

Now Jarvis sees Rouse as a guardian angel, put in place in her time of need.

“I thank God for Deborah, and I thank God for his presence in the room that night because if it weren’t for Jesus or her, she probably wouldn’t be alive,” said Jarvis. 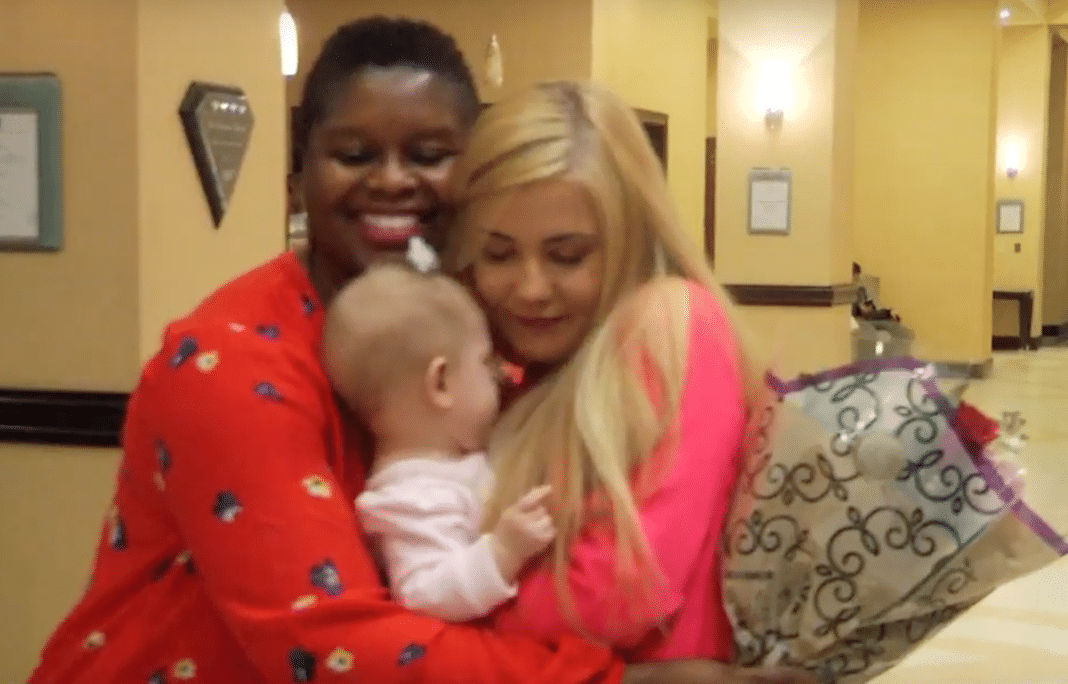 Deborah Rouse believed she was there that day to save Calli.

“God is the hero, and I’m the sidekick.”

“You know, he just had me in the right place at the right time,” said a very humble Rouse.

Following the incident, Hannah Jarvis reached out to thank her guardian angel on Facebook. They have since connected. Now Deborah Rouse has become a lifetime friend of the family. They all have so much to be thankful for this year.

See more in the video from FOX Carolina News below: