Stranger Rescues Pregnant Girl Attacked On Bus. Then She Asks 1 Question That Leaves Her In Tears 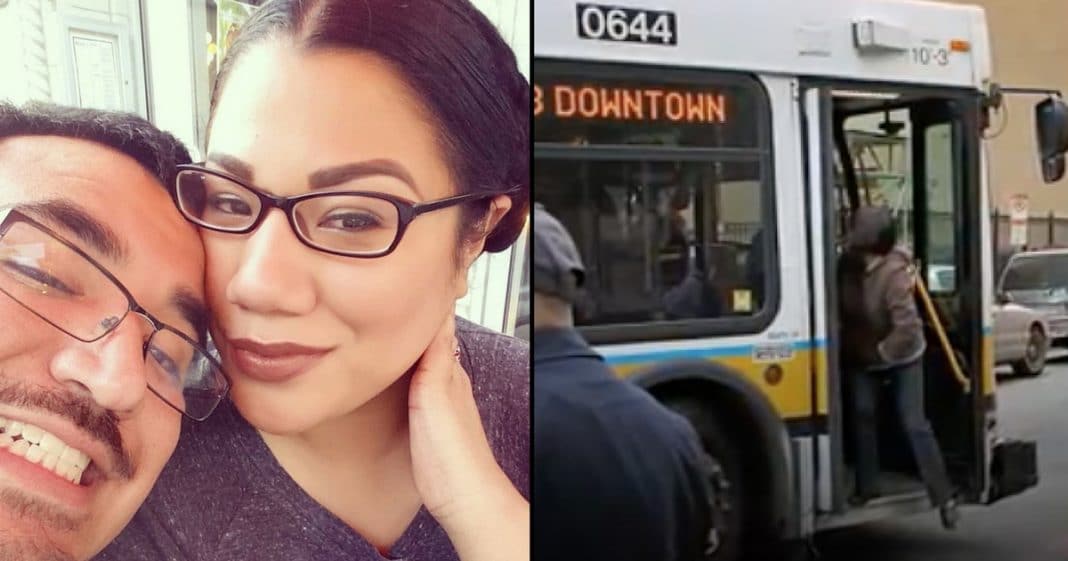 What would you do if you saw a pregnant woman being beaten to within an inch of her life? I hope you would step in to help. That’s exactly what Chicago woman Christina Robles-Favela, 33, did when she saw the unthinkable happening on a bus she was riding.

Christina was on her way home from a 12-hour overnight shift at the assisted living facility where she works. A man on the back of the bus was talking loudly to himself and being disruptive, so the bus driver told him he had to get off.

As the man approached the exit, though, he turned toward 18-year-old Brenda Torres, who was seven months pregnant, and began to punch her.

“He hit her like he was out to kill her,” Christina recalled. “All I heard was the most blood-curdling scream I have ever heard in my life.”

Brenda begged the man to stop, but he continued to pummel her face and head, even as she slumped over in her seat.

As Christina watched the attack in horror, she knew she had to do something to help.

“I don’t care if this man hits me,” she recalls thinking. “I need to help this girl.”

Christina yelled at the man to stop hitting Brenda. Meanwhile, the bus driver, who had previously stepped off the bus to call authorities, saw what was going on, ran back inside, grabbed the man, and pulled him off the bus.

When Christina was finally able to reach Brenda, the teen was covered in blood from a nose injury. She was shaking and clutching her stomach.

“Don’t let this change you,” Christina told her as she worked to stop the bleeding.

Brenda asked Christina to come with her to the hospital. As the doctors checked her out, they couldn’t find the baby’s heartbeat. “You could see the look of terror on Brenda’s face,” Christina recalled.

Thankfully, after some additional testing, they were able to find the heartbeat and determine that the baby was okay. They also treated Brenda for her cuts and swelling. The teen had a huge knot on her head as well as injuries to her nose, ears, and hand. 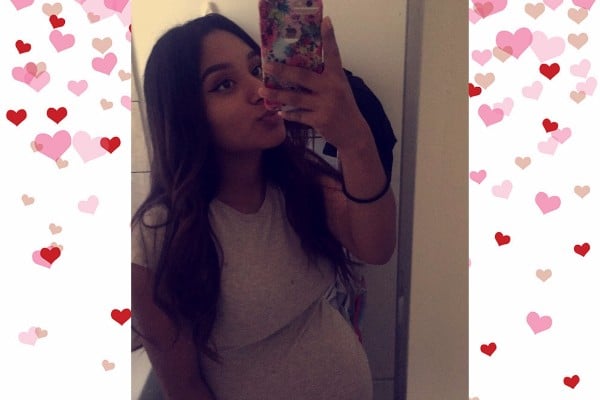 While several of Brenda’s family members came to the hospital, they were unable to stay. Christina stuck by the teen’s side, and her husband, David Favela, even came with food.

Christina stayed with Brenda the entire time she was at the hospital and then accompanied her to the police station. During that time the women bonded, so much so that Christina offered to host a baby shower and even told Brenda she could move in with her.

“I saw a young lady who had suffered a horrible situation and I wanted to do everything I could,” Christina said. “She met two strangers that day, one who caused her so much harm and she met another one, me, who wanted to be the opposite of what he was.”

Brenda has been so touched by Christina’s outpouring of support that she asked the woman – who was a total stranger only shortly before – to be her baby’s godmother. Christina was stunned and overjoyed.

Brenda is currently living with her boyfriend at his mother’s home, but the couple is considering moving in with Christina and her husband. Either way, the women know they will always be in each other’s lives.

The man who attacked Brenda, 21-year-old Steven Bailey, was arrested and charged with three felony counts of aggravated battery. He is being held without bail in the Cook County jail until his court date of September 5.

Brenda says she doesn’t know Bailey and she has no idea why he attacked her that day. As traumatizing as the experience was, she is grateful that it led her to Christina.

“I’m so thankful Christina came into my life,” she said. “She’s an amazing person with a big heart.”

Were you touched to see the way Christina stepped in to care for Brenda after the brutal attack? So share this!