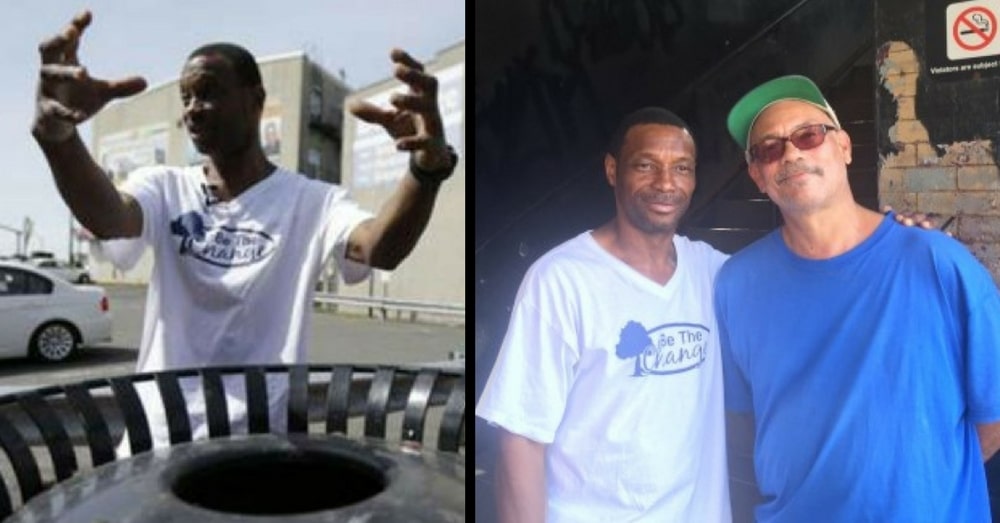 Lee Parker had been homeless for several years and was trying to get back on his feet. He had been carrying his few possessions around in a plastic bag, but had an interview for a job loading trucks the next day and wanted to find a backpack before then.

When he saw a backpack sitting on top of a trash can near the Elizabeth, New Jersey, train station, he thought it was divine providence. He grabbed it and continued walking, and it was only when he looked inside the bag later that he saw the mass of wires hooked up to a makeshift bomb.

Lee and his friend, Ivan White, took the backpack to a remote area so it wouldn’t harm anyone if it did detonate, and then notified police. The two men have since been hailed as heroes for saving potentially hundreds of lives that day.

Many were moved by their story, including Donald Goncalves, a lifelong resident of Elizabeth.

“I care a lot about my town,” Donald said. “I used to be a commuter to New York myself. It touched me in a very profound way. How could I take what could have been a devastating moment and turn it into something positive?”

Wanting to show the men how much their actions were appreciated, Donald set up a GoFundMe page. His goal was to raise $10,000 to then split three ways between Lee, Ivan, and the Elizabeth Coalition to House the Homeless, a local nonprofit that had already worked to find Lee an apartment.

Within days the fundraiser more than doubled its goal, and as of this writing has raised more than $33,000!

Donald is now serving as a spokesman for Lee and Ivan, fielding calls from talk shows and organizations who want to interview and honor the two heroes.

Lee insists he is not a hero – he just did what had to be done.

Ivan concurred, saying, “I’m just glad I was able to realize what the situation was and react in such a way that, thank goodness, no one got hurt.”

Donald said that when he found Lee to tell him he was raising money for him Lee told him all he wanted was some food.

“Eight thousand dollars is a lot to him, but it’s nothing for us,” Donald said. “From our perspective, it’s chump change for what he did for us. It’s just a token for him to understand how significant his contribution was to society. This is America, and these stories of heroism and celebrity is the type of stuff we thrive upon, but it’s so nice to see common guys like Lee and Ivan be the recipients of it.”

As for that backpack Lee needed? He now has two.

Were you touched by what Donald did for Lee and Ivan? So share this!