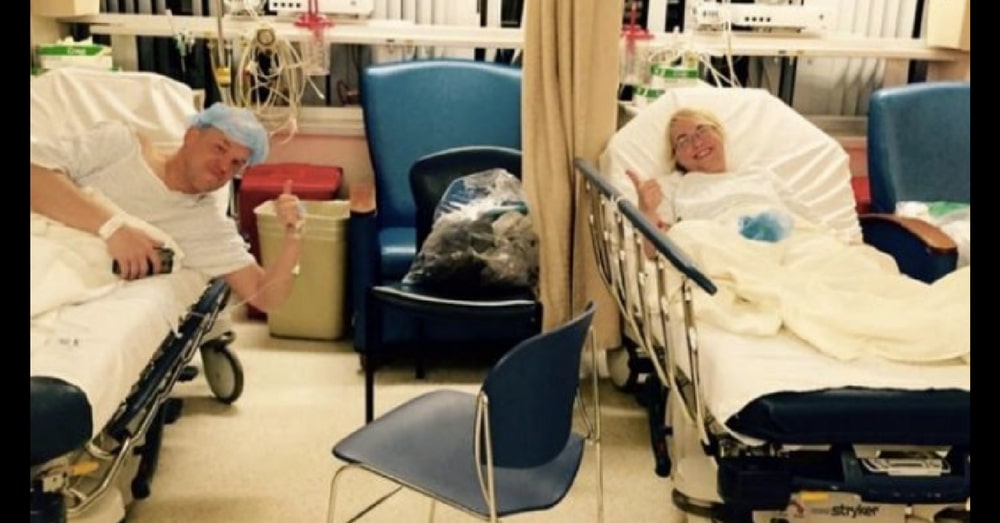 A stranger who decided to donate his liver to a woman dying from an advanced liver disease had no idea he would one day marry her.

Heather Krueger, from Chicago, was 27 years old when she was diagnosed with stage four liver disease, CBS News reports.

“They immediately told me I was going to need a transplant,” Ms Krueger said.

“By that time I could really feel my body shutting down,” she said.

Chris Dempsey, a code enforcement officer for a town south of Chicago, reportedly overheard someone talking about Ms Krueger’s need for a transplant while he was in the lunchroom one day.

“I spent four years in the Marine Corps and learned there never to run away from anything. So I just said to myself, ‘Hey, if I can help, I’m going to help’,” Mr Dempsey said.

The two had never met, but after Mr Dempsey was reportedly tested and told he was a compatible donor, the two went for lunch.

“We had lunch together, discussed what the whole process was going to be,” Ms Krueger said.

Not long after meeting, the couple successfully underwent the transplant at University of Illinois Hospital.

After the surgery, the two strangers fell in love and married just 18 months later.

Read more about this inspiring couple at 9 News.