Stranger Asks What’s Wrong With Baby, Then Waiter Hands Her A Note 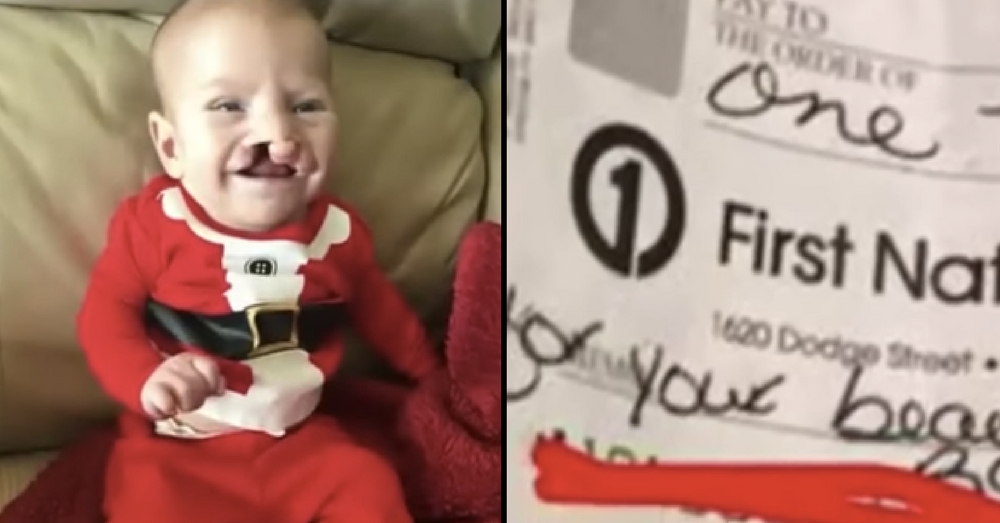 When Chris and Sara first saw the ultrasound of their son Brody, it was clear that something wasn’t right. It turned out their baby had a bilateral cleft lip and pallet as well as a rare form of chromosome deletion. There are only nine other known cases like his in the world.

Doctors asked Chris and Sara if they wanted to keep the baby, but for them there was no question. Brody was their son and they couldn’t wait for his arrival.

After he was born they knew he looked different from other babies, but that didn’t stop them from proudly sharing photos of their new love on Facebook.

It was then that they realized exactly what kinds of bullying and unkindness Brody could face.

“What’s wrong with your son’s face?” one commenter asked.

Sara was shocked and heartbroken when she read the comment, but she decided to use the opportunity to educate others on Brody’s condition.

“My job as his parent and his advocate is to tell his story,” she said.

While the hurtful comment didn’t quench her love for her son, she was a little more nervous about taking him out and receiving stares or hurtful comments.

Then a stranger did something that left her completely stunned and totally turned her perspective around.

Sara was having dinner with some friends and had brought Brody with her. Toward the end of dinner their waiter came over to the table with a piece of paper he said was from another table.

Sara thought it would just be a note, but when she opened it up she couldn’t believe her eyes.

Those strangers may have never known just how much their kindness was needed. The family was getting ready for a surgery for Brody that would repair his palate and greatly needed the money. And for Sara’s heart, the kind words meant everything.

Brody underwent the surgery earlier this month and thankfully everything went smoothly and he is recovering well. And now that their story is going viral Sara is using the opportunity to educate others about Brody’s condition.

She said she hopes that “someday [Brody] can do something great for someone” just like those strangers did for them.

We’re sure this little guy has great things in store for his future!

Were you touched by what these strangers did for Sara and Brody? So share this!