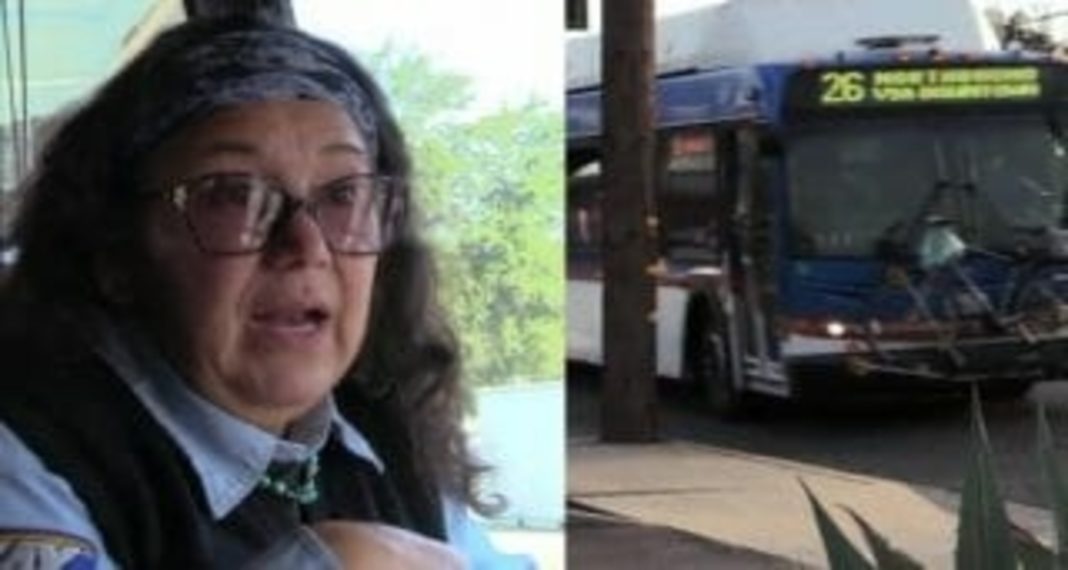 Ny’ja Davis is a high-achieving high school student. She attends school in a neighboring city; this school is renowned for its academic programs. To get there, Ny’ja must ride the bus each day.

February 6th was an ordinary day, just like all the others. She arrived at the bus stop; unease crept over her skin as a man sat down beside her. He stared at Ny’ja with such intensity she rose and decided to wait at the curb. Discomfort turned to terror as she felt the man grab the straps of her backpack.

“He started pulling on me, yanking on me and grabbing on me,” Ny’ja recalled. “I started screaming  for somebody to help me, but nobody came.”

Then, like a warrior on a mission, her rescuer arrived to save the day. 65-year-old Socorro Pelayo pulled up in her bus and opened the doors. She knew immediately that Ny’ja was in distress. The young girl clambered aboard the bus; she was shaking and crying, but thankfully, safe.

The bus driver closed the doors in the evil man’s face. He persisted pounding on the side of the vehicle as Pelayo called the police.

“She was crying and scared,” Pelayo said of Ny’ja. “I said, ‘Hold on, the police are coming.’”

The kind woman assured the terrified girl she was all right and out of harm’s way: “He wasn’t getting on my bus,”  she said of Ny’ja’s attacker.

Soon after, Fresno police arrested 29-year-old Julian Medina. He was charged with alleged felony sexual battery and annoyance/molestation of a child. Sgt. Israel Reyes, Medina admitted he had every intention of raping the teenager. The arrival of the bus ruined his disgusting plans.

Pelayo has been a bus driver for more than 30 years. She prays over her bus and her route daily: “I touch every seat and say, ‘God, cover all these people and help them. Bless them,’.

Pelayo has been called a hero, but she dismisses the praise. It’s nothing to protect and keep others safe she says. It’s what she does as a bus driver. Her love for her job and those she serves comes from her heart. Looking after others comes with the territory.

“We appreciate her, and I thank God for her,” said Ny’ja’s mother, Lakayla Green.

She might be a bus driver by trade, but Pelayo is and will always be a guardian angel to Ny’ja and her family. Ny’ja remained alert, listening to her gut. I’m glad she’s safe.