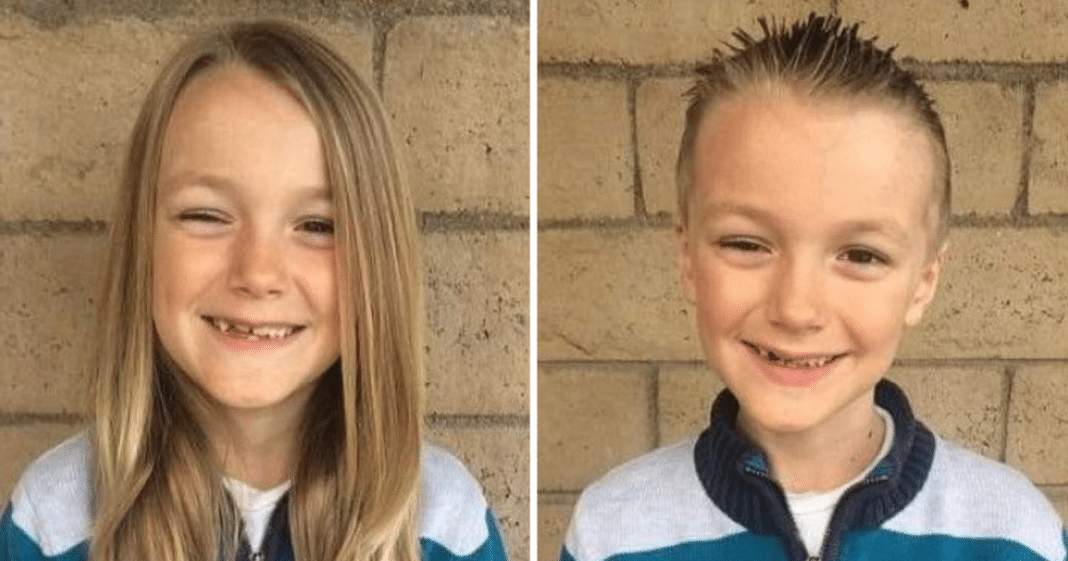 In the unpredictable nature of life, so often bad things can happen to people who truly don’t deserve them.

It’s a lesson Vinny Desautels, a young boy with a heart of gold, was taught far sooner than he should have been.

Vinny, who was 7-years-old at the time, selflessly donated his long locks to kids with cancer just one month before being diagnosed with the disease himself. 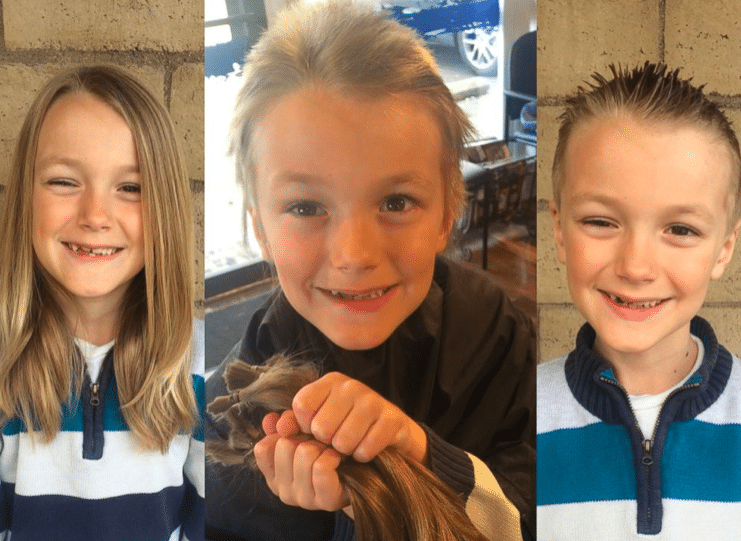 He had been growing out his hair for more than a year, about 13 months, so it could be long enough to cut and donate to making wigs for cancer patients.

“He felt very happy about it, that he was helping someone else out,” Vinny’s grandfather said. “That’s how he is. He’s not a selfish little guy, he’s like the ones that broke the mold.”

Before the heartbreaking diagnosis, Vinny had come home complaining of pain in his knee. After a trip to the doctors for an examination, it was found that he had a growth on his iliac bone.

So we've decided to address something that's been recurring in comments or other sites posting stories about Vinny. We'…

Posted by Victory For Vinny on Tuesday, August 2, 2016

To make matters worse, over the next week Vinny developed swelling around his eye. His parents believed it to be some sort of allergic reaction, but the truth transpired to be far worse.

Doctors soon identified another malignant mass on his eye, and the cancer was thought to be of an aggressive nature.

After his cancer diagnosis, a GoFundMe page was started for Vinny, whose parents faced a struggle when it came to funding his treatment. The account was called “VICTORY for VINNY”, and the page raised nearly $460,000 of the initial $500,000 goal.

This is how you celebrate your tenth birthday along with still being cancer free!! #Victory4Vinny #EternalOptimist #TenYearsOld #CancerFree

Posted by Victory For Vinny on Saturday, September 8, 2018

We got the results of Vinny’s biopsy today and there was no malignancy detected. Vinny is still cancer free!!! #Victory4Vinny #EternalOptimist #CancerFree #fucancer

Posted by Victory For Vinny on Wednesday, September 5, 2018

No child should ever have to face cancer. Vinny, we hope and pray you remain cancer-free!

Do you support the fight against this terrible disease? So Share This!