Still Waiting For April To Have Her Baby? Here’s What You Need To Know Before She Does 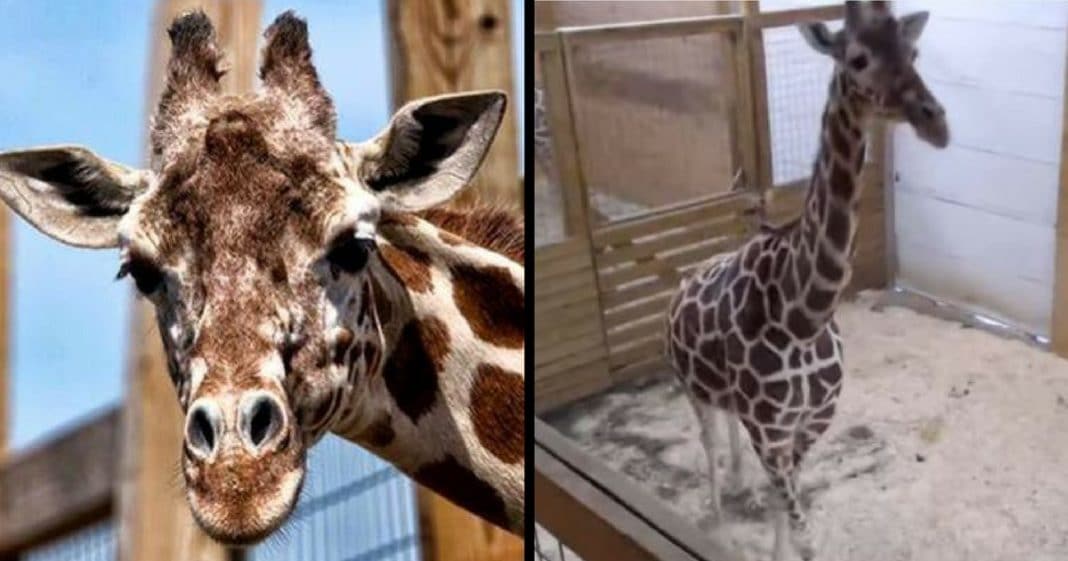 If you’re among the thousands right now glued to the live stream of a pregnant giraffe in upstate New York, you might be asking yourself: How long do I gotta wait till this giraffe shows me a baby?

Take a breath, settle down and read on: Here’s your giraffe labor cheat sheet.

Q. So how long’s this thing been pregnant, anyway?

First off, rude: This ‘thing’ has a name and it is April and she is beautiful. Second, about 15 months, and that’s perfectly normal for a giraffe so don’t hassle her about it. Vickie Kunter, the Denver Zoo’s assistant curator of hoofed-stock, told CBS 4 that giraffe pregnancies are “pretty low-key.”

“You don’t really notice much except toward the end here when you see the size of her abdomen,” Kunter said. Other physical changes include development of the mammary glands, she said, a.k.a the udder.

As with people, Kunter said labor and delivery can vary in difficulty, depending perhaps on how many calves the animal has birthed previously.

Q. How many little giraffes has this big giraffe had then?

“Little” is relative, my friend: The average size of a newborn giraffe is around 6 feet and 150 pounds. And she’s had three, according to Denver’s ABC 7.

Q. So what labor signs am I looking for here, exactly? I’ve been watching this giraffe stream for hours, at great cost to personal relationships and workplace productivity.

First, it takes a trained eye: Giraffes keep their pregnancies low profile, instinctively hiding signs of labor from predators who might harm their newborns. Thankfully, experts know what to look for.

Here are the biggest indicators that the good stuff is about to begin:

Water breaking: Look for discharge, which can be “anywhere from a slow trickle to a flow of mucus,” NBC 12 News reported.

Contractions: Stomach movement should come from the calf jostling inside, and the mother will straighten her neck and show movement in her hips, according to the station.

Visible hooves: This is the big sign in giraffe labor, as Kunter of the Denver Zoo told CBS 4. The calf should come out with its front feet and nose first. If it comes out backwards (back feet first), that’s a bad sign, she said.

Q. How long will the labor last?

Not long: Once the hooves show, Kunter said the baby should fully emerge within two hours. It could take as little as 30 minutes, according to Animal Adventure Park, the Harpursville, N.Y. zoo overseeing the birth.

Q. What happens after baby pops out?

More like plops out: Giraffes birth while standing, Animal Planet explains, meaning a six-foot fall to the ground, head first. This abrupt fall “effectively breaks the amniotic sac, severs the umbilical cord, and most importantly encourages the calf to take its first breaths.” Then the mother cleans the calf off before the baby begins to walk, according to the channel’s giraffe birthing guide.

Read more about what will happen once April’s baby is born on USA Today.