He Steps Out Of Wheelchair For First Time. What His Classmates Do Next Is Going Viral 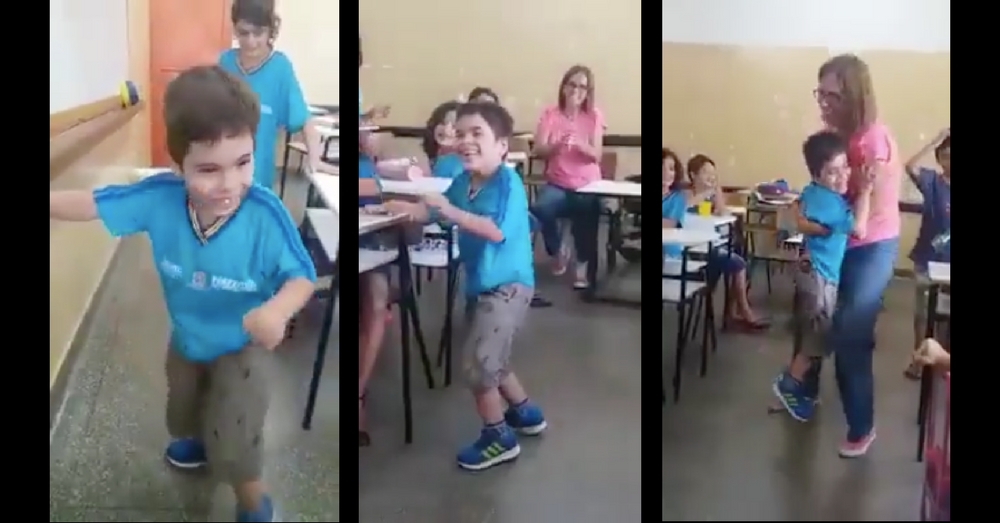 David was already paralyzed the moment he was born. The six-year-old has poliomyelitis, or polio, an infectious disease caused by a virus that attacks the spinal cord, causing muscle degeneration and paralysis.

Doctors said he would never walk and would be confined to a wheelchair for his entire life, but as David has gotten older he has become determined to leave his chair behind.

He started doing physical therapy and, just the other day, stepped out of his wheelchair for the first time! A video of this momentous and emotional moment has since been going viral.

David was in his classroom at school when his friends encouraged him to try walking during one of their lessons. The young boy stood up, steadying himself by holding onto the desks, and began to make his way down the aisle.

It was an incredible sight to behold, but what made this moment even more beautiful was the reaction of the other kids in David’s class. As he began to work his way down the rows of desks they cheered him on, chanting “Go, David, go!” The grin beaming across David’s face says it all.

Since the video was posted it has touched the hearts of millions, not least of which is David’s mother.

“Seeing the video, it was so emotional. I cried a lot,” she said. “I would have never expected that this happened inside the school.”

“After so many years of hardship it’s indescribable how I feel now,” she added.

She said she hopes the video will encourage others who are in similar situations to keep pressing forward.

“The one thing I want to say is if there are other mothers in a similar situation, never give up on your children,” she said.

What a beautiful moment to see David walk for the first time, as well as see the pure, incredible hearts of his loving classmates. This special moment won’t soon be forgotten.

Were you touched to see David walk for the first time, as well as see his classmates’ reactions? So share this!