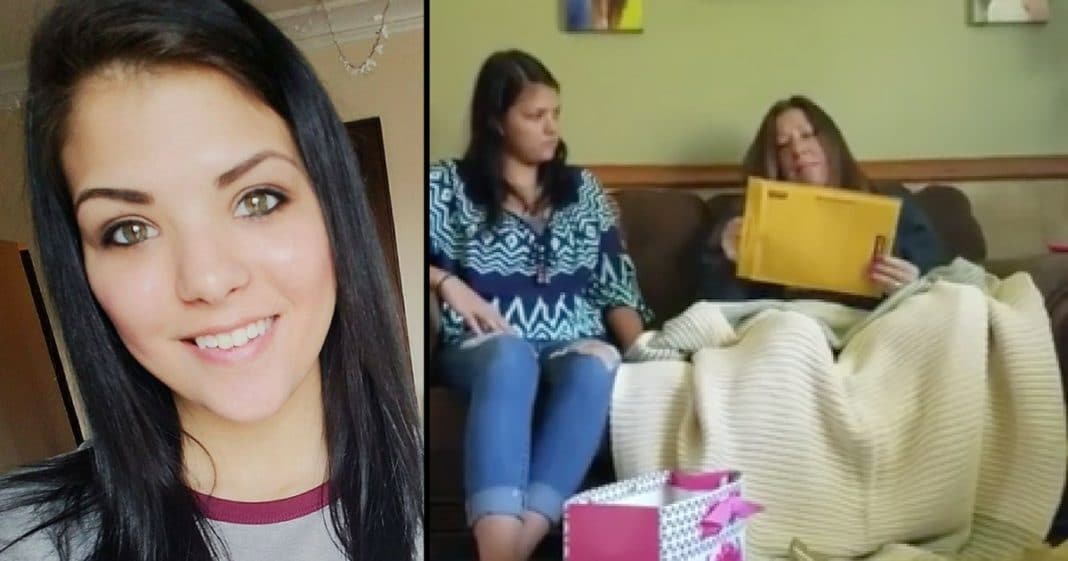 Being a parent is no easy job, but being a stepparent can sometimes be even harder. Coming into a home that has already been rocked by death or divorce and trying to establish respect and a relationship with a child who might not want you there at all can lead to clashes and other difficulties.

While I wouldn’t blame any stepparent who gave up trying to form a close relationship with his or her stepkids, it is always so inspiring to see those who have stayed strong through the difficult times and kept on showing love, even when it was hard. Even though the kids might fight back, in time they will come to see and appreciate everything their stepparent has done for them.

Such was the case with Autumn Rose LaBoy and her stepmom. While there were difficult times adjusting to having a new “mom” around the house, Autumn had a tumultuous relationship with her own mother and came to rely on her stepmom as a friend and confidant.

Even though she is now an adult and doesn’t need a guardian, Autumn wanted to show her stepmom just how much she appreciated everything she had done for her over the years and how she came to view her as her real mom.

On Mother’s Day she sat her stepmom down and handed her a framed message and a gift.

“It’s no secret that you have gone through the ringer while trying to raise me as your own,” the message read. “From endless battles with my mom to getting me through all the tough years to being there for every good moment in my life – being there on my first days of school, letting us learn from watching you get ready, marrying my dad, giving me two of the biggest blessings in my life, watching me graduate, sending me to college, and helping me with all the little things along the way – I can’t imagine being able to have gone through life without your support.

“I know you don’t hear it often, but I am so thankful and appreciative that you’ve always dealt with it and continued to inspire and support me every day because of your love for me,” the card continued. “And to show you how proud I am that you’ve been there through it all over the last 17 years…”

That’s when Autumn told her stepmom to open the present she had given her. When she first opened the box it looked like the gift was just a blanket, but tucked inside the folds was an envelope, and when her stepmom opened it she immediately dissolved into tears…

“Autumn, what is this?” she asked through her tears. Inside the envelope were adoption papers.

Even though she is already an adult, Autumn wanted to make things official with her stepmom to show her how appreciative she is of everything she has done for her.

What a beautiful gift for both of them. The years leading up to this moment may not have been easy, but this made everything worth it.

Were you touched by Autumn’s sweet gift and her stepmom’s reaction? So share this!