Starving Mom Can’t Feed Her Own Baby, Then Major Hollywood Actress Steps In… 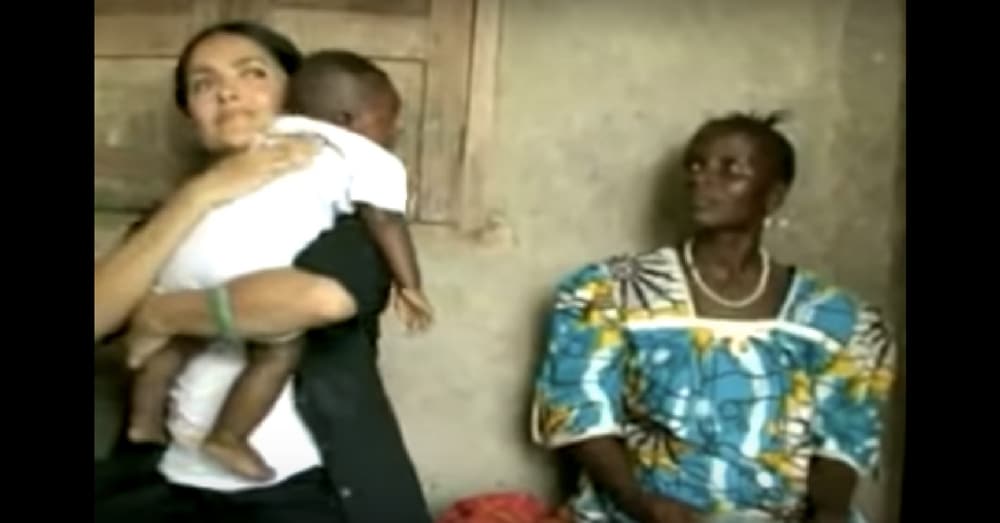 One of the worst feelings in the world as a mother is to see your child suffering and not be able to do anything about it.

When major Hollywood actress Salma Hayek visited war-torn Sierra Leone on a trip to Africa in 2009 she saw this firsthand. Many of the women there were starving and, as a result, were unable to make enough breastmilk to feed their babies.

Hayek, who was there to see how she could help while the country was in the middle of a civil war, noticed a baby crying and asked what was wrong. When she found out the baby was hungry and the mom wasn’t able to feed him she knew she had to do something.

What she did next left onlookers stunned…

At the time Hayek was mother to a one-year-old daughter, Valentina, who was still breastfeeding. She took the starving baby in her arms and began to nurse him herself.

Immediately the baby stopped crying as he filled up on the nourishment and nutrients he needed.

Her act of kindness and compassion had mixed reviews. Some people thought it was weird or inappropriate for her to breastfeed another woman’s baby.

However, the majority of people who saw her kind act praised the actress for her compassion and her heart of love for the hungry baby. Without her being there who knows where his next meal would have come from?

Afterward she thought about what her own daughter would think about what she did. She decided that she would share the story with Valentina when she got older and hoped that her act would encourage her daughter to show kindness and compassion toward others.

“I actually think my baby would be very proud to be able to share her milk,” she said, “and when she grows up I will make sure she continues to share and be a generous and caring person.”

Were you touched by what Hayek did for this starving baby? So share this!