She Spots Mom’s Wedding Photo In Window, Then Sees Something Inside That Makes Her Scream 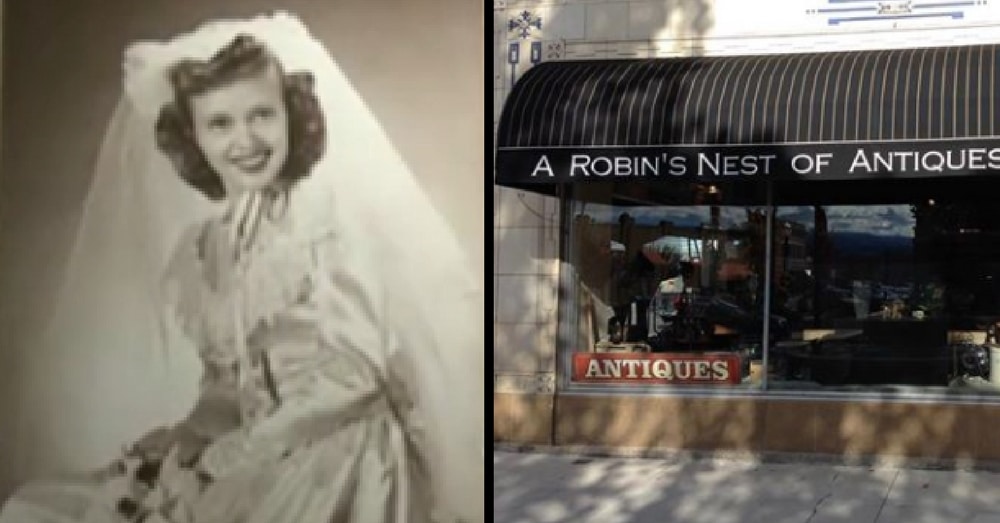 Jane Fine Foster had given up hope of ever finding her mother’s wedding pictures. The photos had been auctioned off after the family forgot to pay the rental fee on a storage unit, and Jane had spent the past 12 years searching for them to no avail.

Every time she thought she was getting close her lead would come up empty. She figured she had lost the priceless pictures forever.

Then one day Jane was walking down the street in Grand Junction, Colorado, when she passed by an antique store and happened to look in the window. When she did she had to do a double take. There in the window were the missing photos of her mother!

“To say I was shocked, stunned, near paralyzed is an understatement,” she said. “I actually screamed out loud. I just kept blinking and looking again, thinking, ‘Can that be? Of course it can be. It is my mom.'”

Jane rushed inside the shop, A Robin’s Nest of Antiques & Treasures, and grabbed the pictures, still in disbelief that she had finally found them after all this time.

However, the surprises weren’t over yet! When Jane shared her story with the shop’s owners, they told her something that left her stunned – they had her mother’s wedding dress too.

“We had the lady’s wedding dress. The same dress that was in the picture,” co-owner Shane Allerheiligen said.

The dress was still in its original box, wrapped in newspaper dated June 22, 1948, just two days after the wedding.

Jane couldn’t believe it. She knew she had to take the dress and the pictures home with her, but when she asked how much they would cost she was met with one more surprise.

“I asked them, ‘What do you want me to pay you to have this wedding dress back to our family?’” Jane recalled. “They both just said, ‘There is no price. It’s made its way back to you. It’s home.’”

Jane said finding the photos and dress in such an unbelievable way is an indication to her that her mom is watching out for her from above.

“This is a message to us that she is still thinking about us and watching over us,” she said.

Were you happy to see Jane reunited with the photos and dress after all these years? So share this!