She Spots Missing Dog On Street, Jaw Drops When She Sees What He’s Carrying In His Mouth 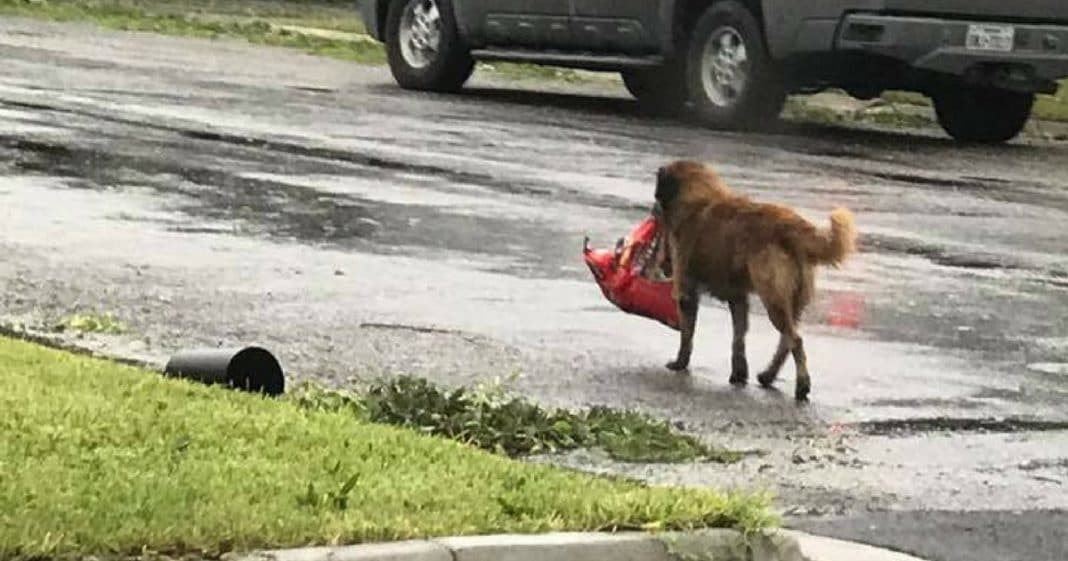 Even during our most trying hours, there are reasons to smile.

Hurricane Harvey has devastated the Gulf coastline of Texas. Gale force winds and massive flooding continue to batter the shoreline. Tens of thousands are homeless in the aftermath of the storm. The horrific flooding has destroyed homes and businesses throughout the Houston area and beyond. It will take years for the people to recover, but one fact remains: their spirits are high and belief strong.

When Hurricane Harvey touched down on Friday evening, Salvador Segovia, 65, was put in charge of looking after Otis. Otis, a German shepherd mix, belongs to Carter, Segovia’s 5-year-old grandson. Little Carter evacuated with his family but had to leave Otis behind, so Segovia said he would watch out for the dog as he had chosen to remain at his home to wait out the storm.

Segovia left Otis on a screened-in porch at the rear of his home, but the spirited dog broke free during the worst possible time during the storm.

Heartbroken and worried sick, Segovia wandered the streets of Sinton searching for the dog.

While he feared the worst, Segovia soon learned that he needn’t have worried.

One of the dog’s neighbor’s, Tiele Dockens, spotted Otis walking down her street. When she saw what was in the dog’s mouth, she couldn’t believe her eyes!

“This dog is walking around Sinton TX carrying a entire bag of dog food with him. LOL #refugee,” Dockens wrote. “PSA: Owner is found. He is not a stray he just got out on his street. Dogs name is Otis.”

The pooch was looking for his owner the entire time!

It’s no wonder Otis has been called a symbol of strength for the people of Texas. He never gave up looking for Carter, just as Segovia never stopped searching for him.

What a lovely and inspiring story. We love Otis for his resiliency and cunning creativity. We’re so happy he’s safe and sound!

Were you surprised when you saw what Otis was carrying? So share this!