Special Needs Teen Asks Boy Of Her Dreams To Prom. His Response Leaves Her Mom In Tears 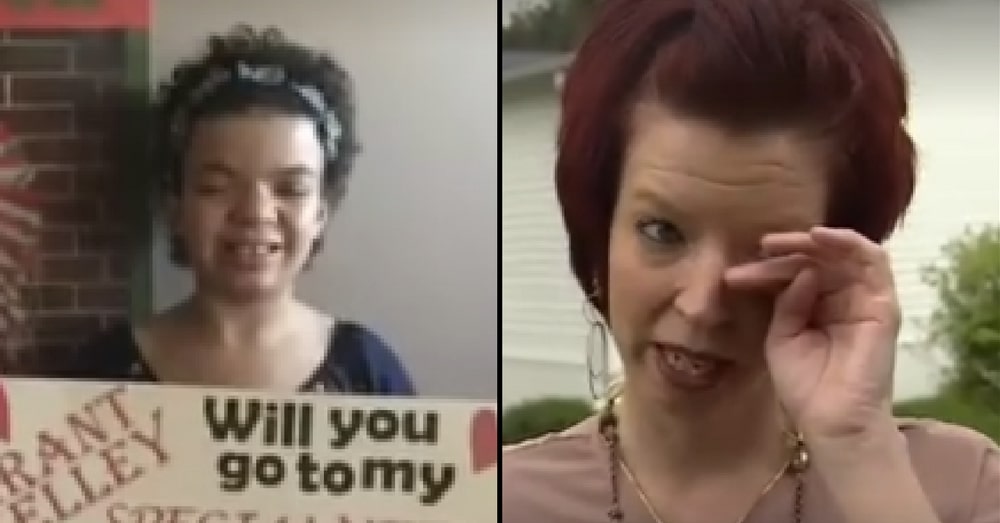 Most people would see it as a long shot.

He was one of the popular kids – the school mascot, on the soccer team, in show choir, and on both the homecoming and prom courts.

She was a quiet girl with special needs.

But she decided to take the shot and ask him to her special needs prom, and his response left her mom in tears.

Destiny McLemore knew exactly who she wanted to take her to prom. Popular high school senior Grant Kelley was the boy of her dreams and she knew having him with her would make the night perfect.

She took a chance and posted a “prom-posal” on Facebook, asking, “Grant Kelley, will you go to my special needs prom with me??”

She waited anxiously, and then the response came:

Many of his friends were incredulous, asking if he really planned to take her.

“Absolutely,” he told them. “I can’t wait to have fun with her.”

For Destiny’s mom, Angi Burrows, Grant’s sweet response means the world. She is used to people noticing only her daughter’s differences and watching other kids do things Destiny can’t do, so being able to see her daughter have the prom night of her dreams is more than she ever could have hoped for.

“Every morning this week she’s woken up and asked if this is prom day,” Angi said through happy tears.

For Grant’s own mother, Mandi Kelley, a single mom, her son’s kindness is proof that she did something right in raising him. Watching him make this night extra special for Destiny made her heart burst with pride.

As for Grant and Destiny, they had the time of their lives at prom!

“Destiny is such a great girl. She’s fun, and I knew we would have a great time together,” Grant said as the sweet couple took a break from dancing. “It made me feel special, because she asked me.”

Were you as touched by Grant’s sweet response to Destiny’s prom-posal as we were? So share this!