Southwest Plane Loses Engine With 149 Passengers On Board, Then Pilot’s Identity Is Revealed 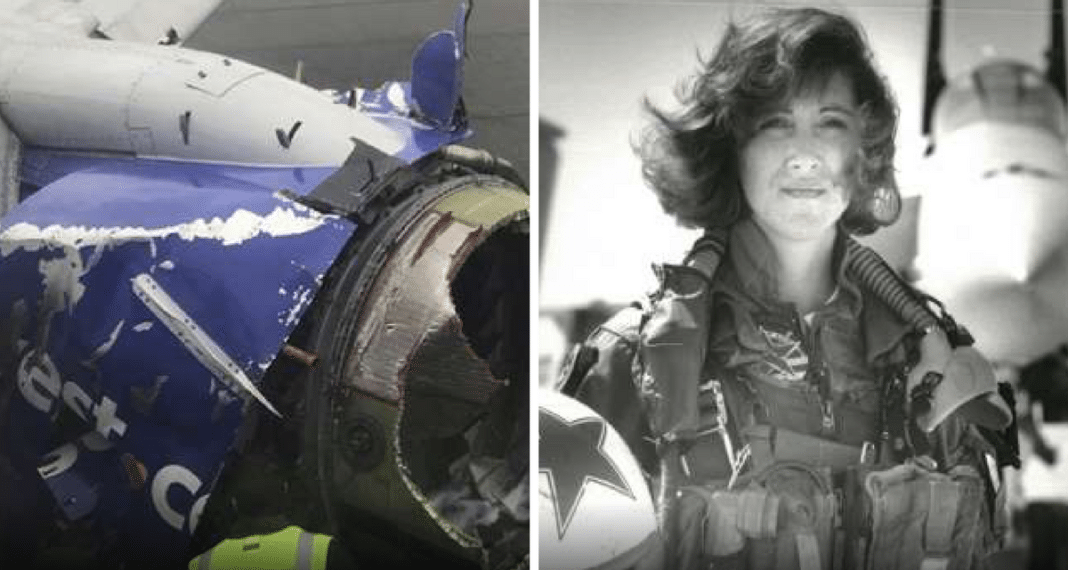 Tammie Jo Shults, 56, piloted Southwest flight 1380 that was to fly from New York to Dallas on Tuesday, April 17th, 2018. She had to make an emergency landing at Philadelphia International airport due to engine failure. One passenger later died of her injuries, and seven others were wounded.

The passengers and crew came together during this frightening event; an engine exploded, sending shrapnel through a window, creating a hole. Passengers worked together to pull the woman seated by the window inside the aircraft when she was sucked outside the plane. This woman later died.

Shult’s, a former fighter pilot for the U.S. Navy, can be heard over the radio saying, “Southwest 1380, we’re single engine. We have part of the aircraft missing, so we’re going to need to slow down a bit.” She asked for medical personnel to meet her aircraft on the runway. “We’ve got injured passengers.” 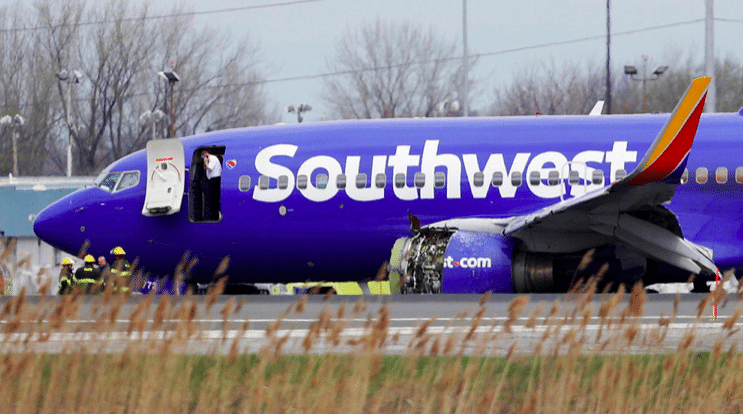 “Injured passengers, okay, and is your airplane physically on fire?” asked a male voice on the other end, according to an air traffic recording.

“No, it’s not on fire, but part of it’s missing,” Shults said, pausing for a moment. “They said  there’s a hole, and uh, someone went out.”

Amidst the chaos and muffled cries of the 149 people aboard the plane, Shults calmly landed the Boeing 737-700. “She has nerves of steel,” one passenger, Alfred Tumlinson, told the  Associated Press. “That lady, I applaud her. I’m going to send her a Christmas card — I’m going to tell you that —  with a gift certificate for getting me on the ground. She was awesome.”

Another passenger, Diana McBride Self, thanked Shults on  Facebook  for her “guidance and bravery in a traumatic situation.” She added that Shults “came back to speak  to each of us personally.”

“This is a true American Hero,” McBride wrote. Others on social media praised and compared Shults to Capt. Chesley “Sully” Sullenberger who safely landed his US Airways plane on the Hudson River in 2009.

Southwest refused to name the pilot responsible for the harrowing landing. Social media was quick to identify Shults, as did her mother-in-law when she confirmed it to the Washington Post. Tammie Jo’s husband, Dean also confirmed it was his wife to the Associated Press.. While Shults refused to comment.

Her mother-in-law, Virginia Shults, said she knew it was Tammie Jo as soon as she heard her voice online. “That is Tammie Jo.”

“It was just as if she and I were sitting here talking. She’s a very calming person.”

The passenger who was killed was later identified as Jennifer Riordan, of Albuquerque, New Mexico. She was a community relations leader “who was loved and respected,”  Wells Fargo said in a statement. 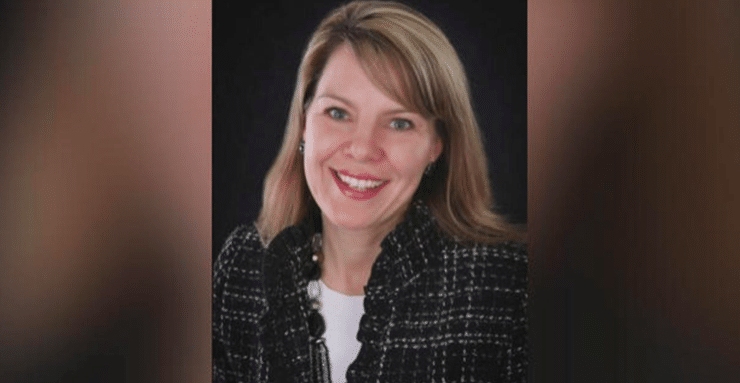 “Knowing Tammie Jo, I know her heart is broken for the death of that passenger,” Virginia Shults said.

Shults friends and family describe her as a pioneer in the aviation field. She was one of the first female fighter pilots for the U.S. Navy. In 1983, she graduated from MidAmerica Nazarene University. Cindy Foster was a friend of Shults from college. She told the Kansas City Star that her friend was one of the first women to fly an F/A-18 Hornet for the Navy.

“She said she wasn’t going to let anyone tell her she couldn’t,” Foster said.

Her persistence in becoming a pilot started in her childhood. She grew up on a ranch in New Mexico. Shults describes her dreams of flying in the book “Military Fly Moms,” by Linda Maloney.

“Some people grow up around aviation. I grew up under it,” she said. Watching the daily air show, she knew she “just had to fly.”

During her senior year of high school in 1979, she attended a lecture on aviation. She was the only girl there. The presenter, a retired colonel, started his presentation by asking her, “if I was lost.”

“I mustered up the courage to assure him I was not and that I was interested in flying,” she wrote.  “He allowed me to stay but assured me there were no professional women pilots.”

She wrote after meeting a woman in college who earned her Air Force wings, “I set to work  trying to break into the club.”

This wouldn’t be easy. Foster told the Kansas City Star that Shults knew she “had to work harder  than everyone else.”

“She did it for herself and all women fighting for a chance,” Foster said.

The Air Force wasn’t interested in her at all. The Navy allowed her to apply to aviation officer candidate school. There wasn’t a need for female pilots. “Finally,” she wrote, a year after she took the Navy aviation exam did she find a recruiter willing to process her application.

She attended Navy aviation officer candidate school in Florida before being assigned to a squadron at Naval Air Station Chase Field in Beeville, Texas. She was an instructor pilot teaching student aviators how to fly the Navy’s T-2 Trainer. Next, she left to fly the A-7 Corsair in Lemoore, California.

By this time, she met the man who would become her husband, fellow pilot, dean Shults. He also flies for Southwest Airlines. Because of the Combat Exclusion Law, Shults was prohibited from joining a combat squadron. She provided electronic warfare training to Navy ships and aircraft.

Shults spent ten years in the Navy, reaching the rank of Navy lieutenant commander. She left the Navy in 1993. She and Dean have two children and live in the San Antonio, Texas area.

Shults took the same can-do approach when it came to parenting as she explains in the book. “We endeavor to teach our children to be leaders, not lemmings,” she said. “This is especially important when it comes to making the right choice while the crowd is pulling in the other direction.”

Gary Shults, her brother-in-law, described her to the AP as a “formidable woman, as sharp as a  tack.”

“My brother says she’s the best pilot he knows,” he said. “She’s a very caring, giving  person who takes care of lots of people.”

Virginia Shults describes the mother and pilot as a devout Christian. She believes her steadfast faith contributed to her calm state during the emergency. “I know God was with her, and I know she was talking to God.”

We won’t know what Tammie Jo Shults was thinking during those stressful moments unless she agrees to talk about the incident. We do know though; she took the time to address the control tower: “Thank you. … Thanks, guys, for the help.”

No, Tammie Jo. Thank you for being one of the many heroes who stepped up to the plate. Her skills and training prepared her for this moment, which the passengers, crew and those close to them are most certainly grateful.