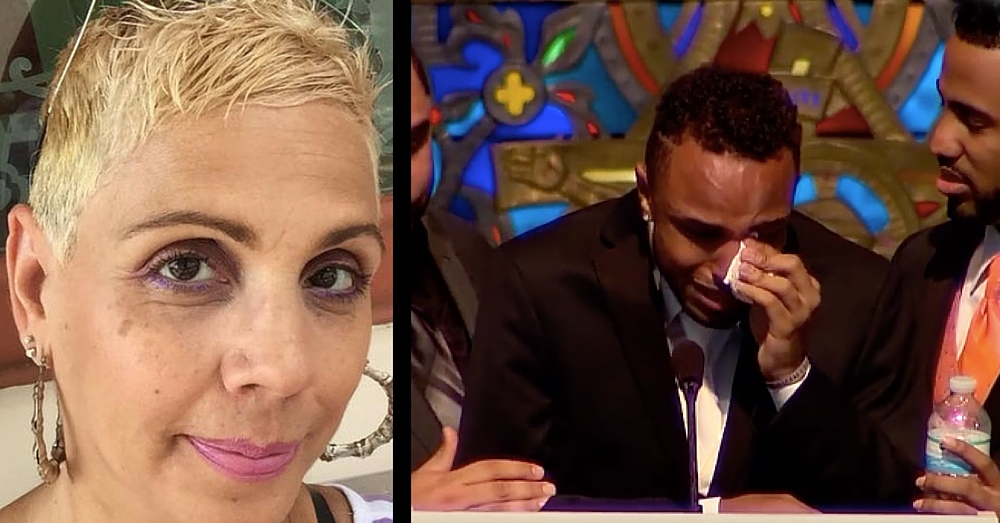 Brenda Lee Marquez-McCool was dancing with her son, Isaiah Henderson, at Pulse nightclub when a gunman came in and started shooting. When she saw the shooter turn toward her son, the mother of 11 told Isaiah to get down and put herself in front of him, taking the bullets that were meant for him.

It was a heroic gesture that cost this woman – known for her generous and undying love – her life.

At her funeral Monday, Isaiah got up to speak about his mother. He was barely able to stand or speak, but he fought through to share about what an incredible mom Brenda was and how grateful he was for her.

“My mom was the best mom out there,” he said. “I never thought that her life would be ended right in front of my eyes. I kept so positive that she was going to make it.”

He also spoke about how his mom cared not only for her own children, but for so many others as well. “Everybody who knew my mom knew she was the mom everybody wanted,” he said. “She always took everybody in with open arms. She loved everybody equally, no matter what.”

He said he hasn’t stopped crying since the night of the shooting.

Many of Brenda’s other children spoke as well, remembering her humor and strength.

One of her sons, Robert Pressley Jr., joined some of his friends to sing a tribute to his mom, though he at times had to pull the microphone away from his mouth and bow his head as he struggled to get through the song.

After the funeral, Brenda’s family released 150 white balloons in her honor and then held one another as they remembered the incredible woman who made the ultimate sacrifice for her son.

Were you touched by Isaiah’s emotional tribute to his mom? So share this!